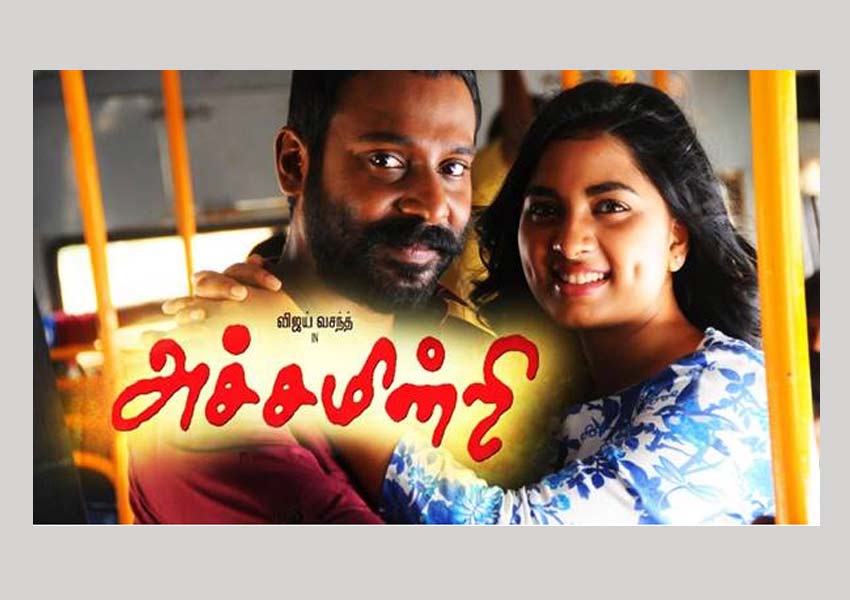 Zee Tamil is all set to enthral fans of Tamil Cinema this weekend with the World Television Premiere of Achamindri. The film will be telecasted on Tuesday, October 2nd at 4 PM exclusively on Zee Tamil and Zee Tamil HD.

Starring Vijay Vasanth, Samuthirakani, Srushti Dange, Vidya Pradeep, Saranya Ponvannan, and Radha Ravi in prominent roles, Achamindri is an action-thriller that revolves around a scam in the education system and how its discovery negatively affects the lives of un-related individuals who are brought together to bring the system down.

The film was directed by P. Rajapandi with cinematography by A. Venkatesh. The highlight of the film is the mesmerising music by Premji Amaran that is sure to mesmerise audiences.

Tune in to Achamindri on Tuesday, October 2nd at 4 PM on Zee Tamil and Zee Tamil HD.