Gear up for a Double dose of Dhamaal as Zee Comedy Factory visits Chala Hawa Yeu Dya for a 3-day Comedy Extravaganza! 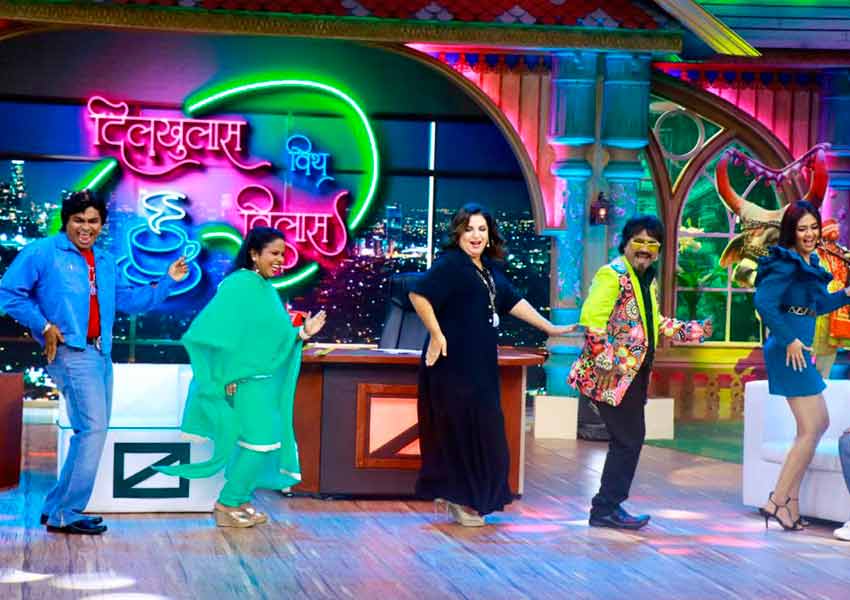 Zee TV is making an attempt to lighten up the mood of its viewers by offering its viewers an escape from all the stress via the route of some much-needed humor and rib-tickling comedy on Zee Comedy Factory, its upcoming reality show.

Sharing her moments of joy from the set of Chala Hawa Yeu Dya, Farah Khan said “I had only planned on staying on the set for an hour but ended up spending almost four hours here. I didn’t even realize how time flew, while I was busy laughing on all these acts by the Zee Comedy Factory and Chala Hawa Yeu Dya teams. It’s great how everyone here has their comic timing on point and they put an instant smile on everybody’s faces. We are also making an attempt to make everyone laugh during this incredibly challenging time through our upcoming show and I would like everyone to tune in to Zee Comedy Factory from 31st July, every Saturday and Sunday, at 10 pm and also watch us on Chala Hawa Yevu Dya on 26th July – 28th July at 9:30 pm.”

Dr. Sanket Bhosale, who is a part of Zee Comedy Factory, mentioned, “Being a Maharashtrian, my family and I have been following Chala Hawa Yeu Dya on a regular basis and I must say, it is one of the funniest comedy shows on TV that I’ve seen. When I heard that the Zee Comedy Factory team is going to be appearing on the show, I was really excited, and I must say we had a gala time on the set. Our chemistry with the Chala Hawa Yevu Dya artist was very good and together we brought the house down. Swapnil gave me a challenge to mimic actor Sayaji Shinde on stage, and I guess we made everyone laugh out loud. Overall, it was a fantastic experience, to be on the sets of Chala Hawa Yeu Dya to promote our upcoming show, Zee Comedy Factory. I hope everyone showers their blessing and love on our show as well.“