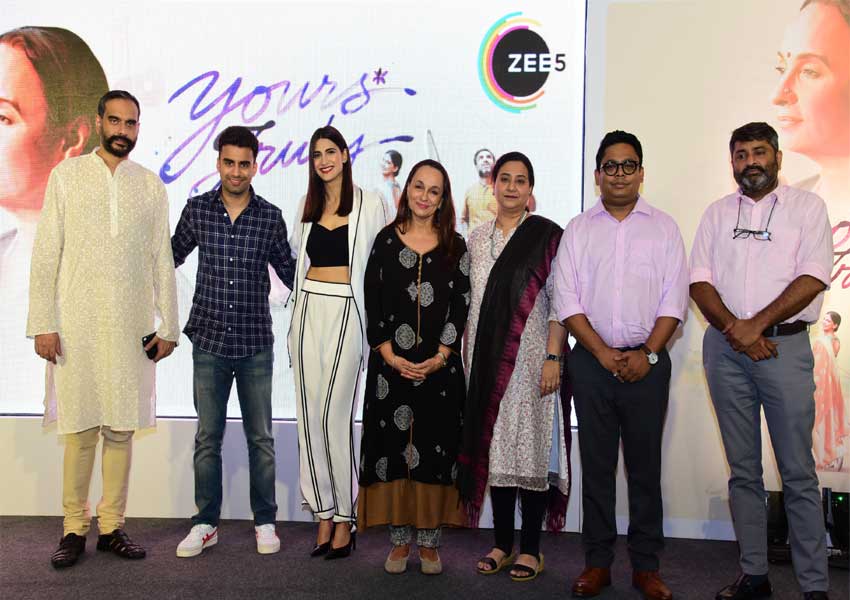 ZEE5 is all set to release Yours Truly – a romantic drama that showcases the story of a women in her late fifties and her journey of finding love in the most unexpected places. Based on Annie Zaidi’s short story – ‘The One That Was Announced’, this heartwarming story premiers 3rd May 2019 exclusively on ZEE5.

The film is set in Kolkata and narrates the story of Mithi, a 57-year-old woman, who at the brink of her retirement realizes that the one thing she will miss the most is her daily commute to work. The film travelled to the Busan Film Festival and was highly appreciated. It was also screened at the 24th Kolkata International Film Festival where it received critical acclaim and much praise from audiences. The film will now be available to the global audience to watch exclusively on ZEE5.

Manish Aggarwal, Business Head ZEE5 India said, “We are constantly looking for content which our audiences can enjoy and in tandem with the same idea we have been investing in films which have an gripping storyline. Yours Truly is a step forward in the same direction. The film is a beautiful rendition of Annie Zaidi’s short story and it has been laced with power packed performances. We are really excited about premiering this on our platform.’’

Director Sanjoy Nag said, “Yours Truly is a film very close to my heart and I decided to make it immediately after I read the book. It shows how love is not confined to a time, age and place. Soni Razdan was perfect to essay the role of Mithi and she has done absolute justice to her character. The film was very well received at the 24th Kolkata International Film Festival and we are delighted that the film is digitally premiering on ZEE5 which has a huge subscriber base ensuring the film receives a global audience.”

Sharing her excitement on the release of the film, Soni Razdan said, “I am elated to make my digital debut through ZEE5 as they are a team which understands depth of content and works hard to deliver it to the audience across the country and the globe. Yours Truly is a sensitive film about loneliness and finding love. The story has a universal appeal and it will strike a chord across age groups. I am looking forward to the release of the film.”