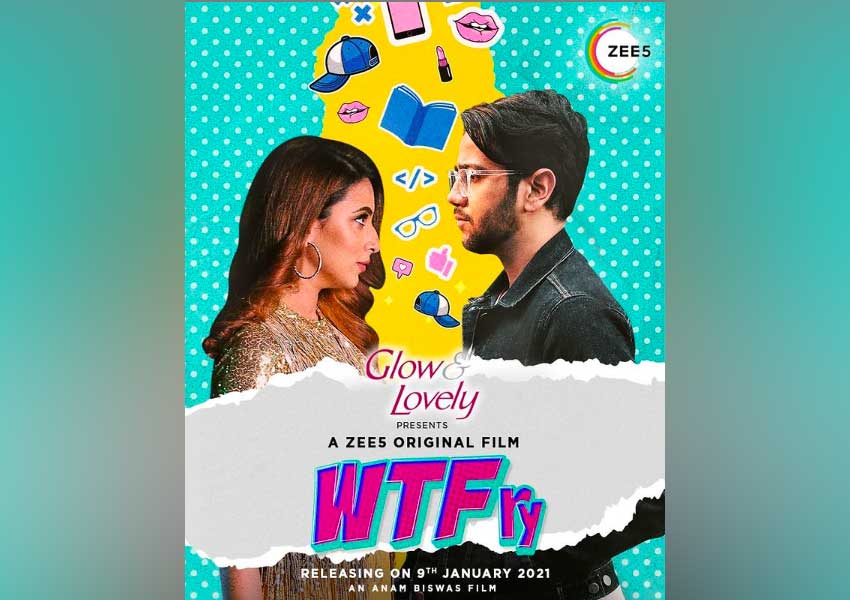 The trailer for the second Bangladeshi Original of ZEE5 Global is out after receiving the huge success of the first one “Mainkar Chipay”. The short film is titled “WTFry” and is being launched in 190+ countries across the globe.

The film features lead actors Pritom Hasan and Bidya Sinha Mim and ZEE5 Global has revealed its poster as well. ZEE5 Global is all set to begin the new year on a high note with the film releasing on 9th January.

The film will be available for FREE for the viewers in Bangladesh, just like Mainkar Chipay.

Along with being available on ZEE5 app on Google Play and the iOS App Store, this 50-min movie, presented by Glow & Lovely, is also available on www.zee5.com, Amazon Fire TV, Samsung Smart TV, Android TV and Apple TV. Hundreds of hours of popular TV Shows and movies and a variety of Bangla Originals can be accessed by viewers free on ZEE5.

The lives of a film star Shama and a software developer Bashar have been portrayed in the entertaining short film, “WTFry”. Bashar is a simple, straight-forward, minimalist guy whereas Shama is an absolute firebrand, intelligent and impulsive. The poles apart individuals with one’s life revolving around social media and the other rooted in reality, one day collide and their journey finding true love in an era of superficiality takes its own course.

‘WTFry’ has been shot within a compellingly short span of four days and has been directed by national award-winning director, Anam Biswas. Some of the finest performances by Pritom Hasan, Bidya Sinha Mim, Iresh Zaker and Sakib Bin Rashid have been brought out in this indie film.

A sneak peeks to the lives of Shama and Bashar and their eccentric encounter in the upcoming Bangladeshi ZEE5 Original has recently been posted by the two main leads on their respective social media handles.

Archana Anand, Chief Business Officer, ZEE5 Global, said, “We’ve been overwhelmed by the response to our first Bangladeshi Original, Mainkar Chipay, which received rave reviews by not only people in Bangladesh but in other countries as well.  I’m now thrilled to announce another Bangla Original WTFry, directed by the very talented Anam Biswas.  A quirky, short format film, WTFry is a fun love story about two very different people who come together and is sure to be very relatable for the younger audiences who are driving Bangladesh’s massive digital growth.”

ZEE5 Original WTFry is set to premiere on 9th Jan on ZEE5 Global.