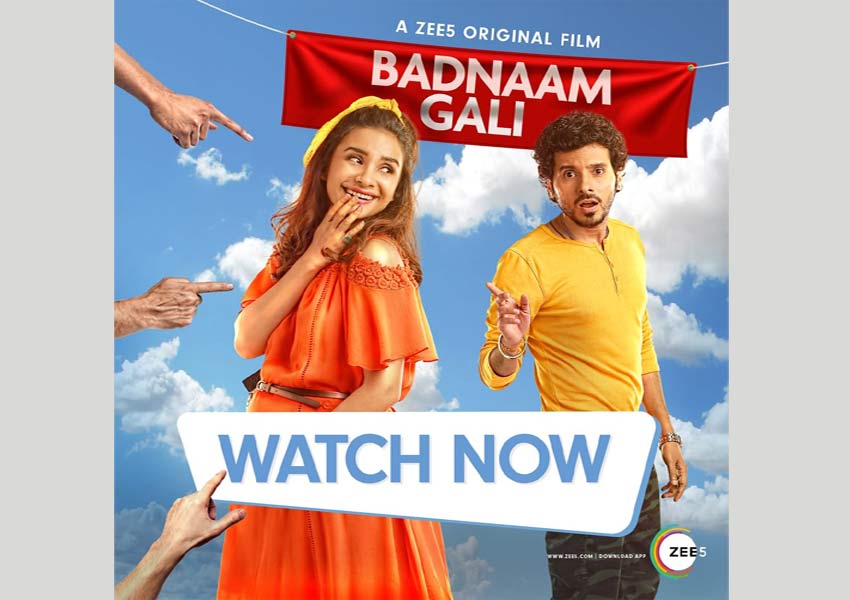 ZEE5 premieres Badnaam Gali, a heart-warming film which pays homage to the endless love, hustle, sacrifice and tenacity of motherhood. The film effortlessly questions ‘judging’ and leaves you with a notion of #JudgeKarnaManaHai in a light but effective way. Starring Patralekha and Divyenndu, the latest ZEE5 Original film is both an emotional and fun filled rollercoaster.

Directed by filmmaker Ashwin Shetty, Badnaam Gali is a ZEE5 Original Film which deals with the subject of surrogacy and the taboo attached to it. It is beautifully layered with emotions and encompasses the journey of a surrogate mother played by Patralekha and her dynamic relationship with people around her.

Sharing her experience, Patralekha said, “The pivot of the film is surrogacy, but it is a light-hearted, breezy film. I essay the role of Noyonika and I relate to her as she is not affected by what people think or talk about her. Badnaam Gali is a special film which releases as a lead up to Mother’s Day and audiences will definitely enjoy watching it. I am excited about the release of the film on a digital platform like ZEE5 as it has the potential to reach viewers far and wide.”

Sharing his experience, Divyenndu said, “I had a fantastic time shooting for Badnaam Gali and it is the first time where I got a chance to play the role of a Punjabi boy, Randeep. I am an avid fan of cricket so I instantly benchmarked Yuvraj Singh as a reference point for this role. I watched some of his interviews to catch his Hindi-Punjabi diction, choice of words and mannerisms. All aspects of putting this film together were exciting and I absolutely cannot wait for the audience to watch it on ZEE5 and share their feedback.”

Aparna Acharekar, Programming Head, ZEE5 India said, “At ZEE5, our endeavour is to present a holistic library of content where everyone can find something interesting to watch. Badnaam Gali, a completely fresh take on motherhood. The launch has been timed perfectly around Mother’s Day and can definitely be enjoyed by the entire family and leaves them with the message of #JudgeKarnaManaHai.”