ZEE5 releases the trailer of its web-series Date With Saie 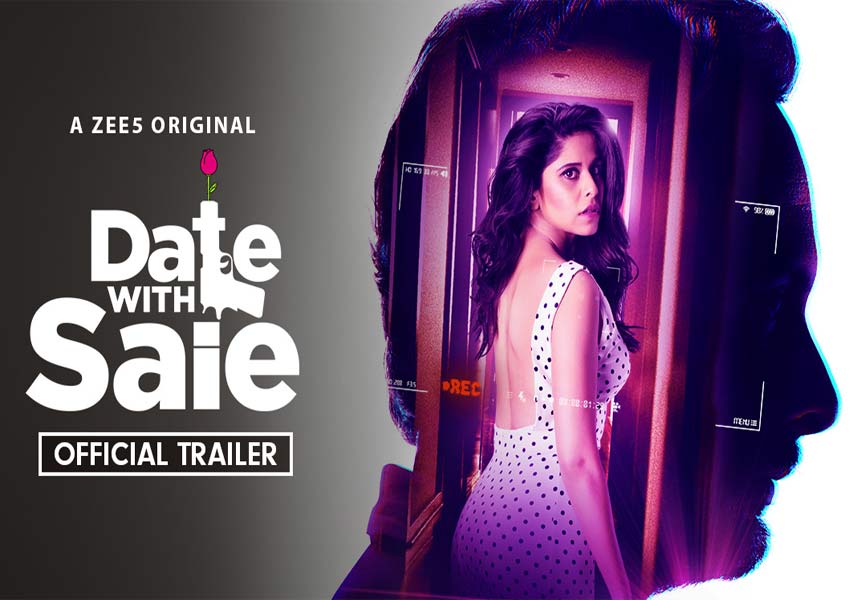 ZEE5 released the trailer of its Original ‘Date With Saie’ starring renowned actress Saie Tamhankar. While the web series is called ‘Date With Saie’, it is actually the story of an obsessed film maker who stalks Saie and shoots a film featuring her, secretly. Why is he doing so? For that, you have to watch the show.

The trailer gives you an idea of the different shades of Saie’s character as well as Rohit Kokate’s, who plays the obsessive film maker. It takes you through spine-chilling scenes and shows how far can obsession take an individual and its nothing short of shocking and eerie.

You will also see Saie’s friends as well as popular talent from the Marathi industry like Amey Wagh, Siddharth Chandekar, Lalit Prabhakar, Parna Pethe, Shreya Bugade, Girija Oak Godbole and Pooja Thombre who play themselves and are a part of a crucial episode.

Directed by Dnyanesh Zoting and produced by Potadi Entertainment’s Nikhil Sheth, ‘Date With Saie’ premieres on ZEE5 on 5th December.