Now ‘No Drama, Only Khaana’ at restaurants with Dineout 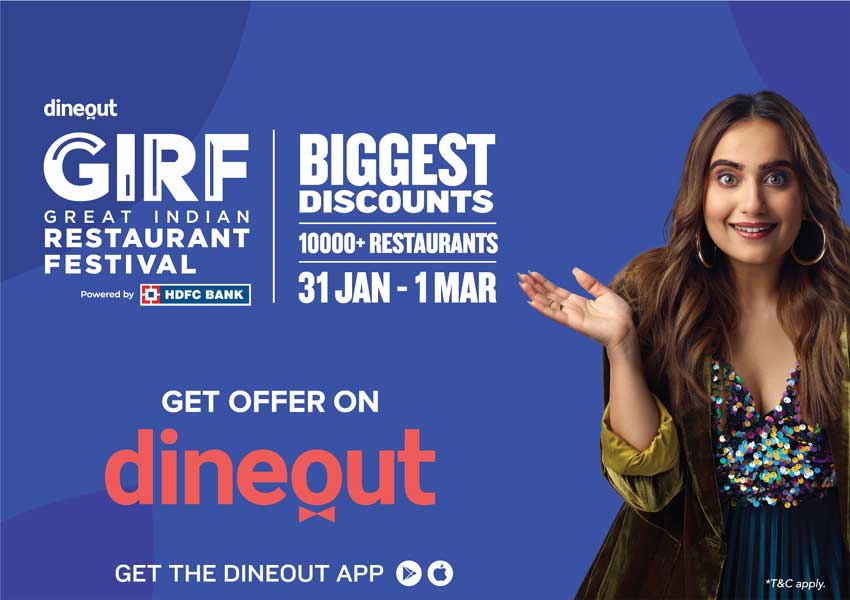 Dineout has launched a 360 campaign rolled out across 20 cities in India to promote their 5th edition of Great Indian Restaurant Festival (GIRF) starting from 31st January to 1st March. Driven from a simple insight of diners often using various influences, dramas or excuses such as knowing the owner or saying it’s their birthday to seek discounts at restaurants. Dineout wants their diners to experience the #JoyOfDiningOut with “No Drama Only Khaana” thanks to the biggest discounts on GIRF.

In their digital film, Dineout takes a playful dig at social behaviors by storytelling through the lens of a restaurant waiter who entertains customers doing drama for discounts on a regular basis. This film features celebrities and social influencers like Atul Srivastava, Sahil Anand, Kusha Kapila and Ankush Bahuguna. Developed by Dineout’s in-house team and executed by their agencies Animal and Cellar Door, the film showcases a series of real-life incidents – social media influencer using her Instagram profile, a young man bragging his friendship with the owner and a jolly old man over dramatically using senior citizenship as a means to get a better deal on the bill. The full brand film can be watched: here

Mr. Ankit Mehrotra, CEO & co-founder of Dineout comments, “Dineout has always been the custodian of value for money for its customers and restaurant partners. To further build on to this legacy and position ourselves, we simply said it out loud – With Dineout, experience the #JoyOfDiningOut with no drama, only khaana! With every edition of GIRF, we continue to put together a joint force of best deals from Sales, user experience from Product and experiment with newer formats from Marketing.”

Founder and Creative Director at Animal – Kunel Gaur added, ‘This is such an incredible offer that we always knew we had space to do something cheeky – who doesn’t love half their bill off? It’s an age-old desi tradition to pull our weight to snag a good deal, so this device of using everyday characters doing these tired things to get a simple discount became a fun, relatable device.’