PT Usha is the epitome of all things speed 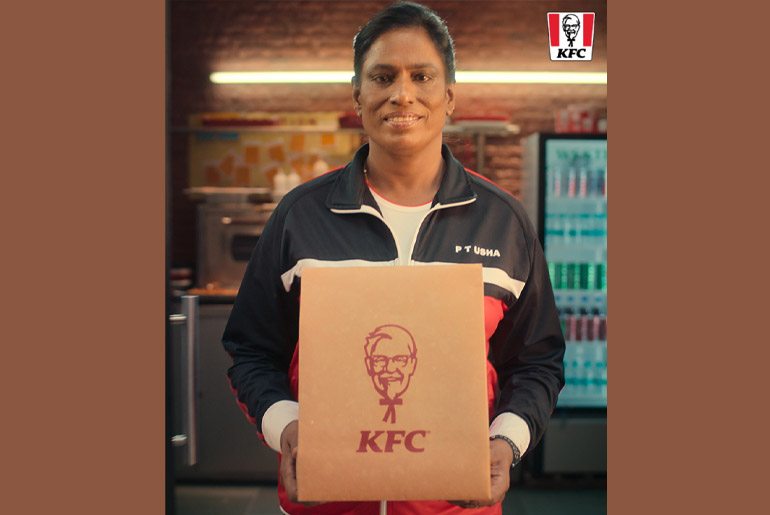 What happens when the Golden Girl of the track meets your favourite golden, crispy KFC chicken? Whatever be the outcome, it’s bound to come at an express speed. In a new campaign film, KFC India announced the launch of their new Express Pickup service endorsed by none other than the Queen of Speed herself – PT Usha! Place a pick-up or takeaway order on the KFC App or website or walk into the restaurant to place a takeaway order and the order will be ready for pick-up in 7 minutes. Unbelievable right? KFC customers in the new campaign film were astounded too, as they were served their order by legendary athlete PT Usha in a never-before-seen avatar. The campaign film rightly promises ‘Taste Amaze, Mile Tez’ as orders are readied for pick-up in 7 minutes; else customers are offered a piece of Hot & Crispy chicken free.

Getting us up to speed on KFC’s new service and the quirky film showcasing it, Moksh Chopra, Chief Marketing Officer, KFC India, says, “The legend PT Usha epitomizes all things speed and who better to convey our new Express Pick-up service than her. In the film, PT Usha doubles up as a high-speed chef in the KFC kitchen, with the Colonel by her side, cheering her on. So if you are out and need to pick up some KFC on the go, or have a group of friends visiting and need to pick-up KFC favs for all, simply go for KFC’s Express Pick-up. Not only will your order be ready for pick-up in 7-minutes, but it will also be marked by the signature taste of KFC & packed safely. Our 7-minute promise is a key differentiator, ensuring minimal waiting time for the order. So, get set to give in to your KFC-ravings in just 7 minutes, kyuki haan, PT Usha bana rahi hai!”

Talking about getting on-board KFC’s Express Pick-up, PT Usha said, “KFC India is already known for their signature taste and is now breaking all speed limits on pick-up orders with their Express Pickup service. While ‘speed’ is certainly thrilling for me, this even takes it a notch higher with express. The concept itself was so exciting that I jumped at the opportunity of featuring in the campaign, alongside the beloved Colonel. It was a real pleasure being a part of the campaign, serving up some Hot & Crispy KFC chicken, all within 7-minutes. Now, this is one Express service that has the PT Usha seal of approval!”

Ogilvy North, Chief Creative Officer, Ritu Sharda, shared, “Since we’ve been kids, speed has had only one name: PT Usha. The fact is, even now, PT Usha is the icon for speed in India. So, for KFC’s super-fast takeaway service, there could be no better endorser to say ‘7-minute matlab 7 minute’. The film pretty much wrote itself from there. And we were thrilled to have the legend onboard.”

KFC’s Express Pickup film opens with 2 customers walking into a KFC restaurant and reading about the 7-minute Express Pick-up promise. Not quite believing it, they joke about how the order must be prepared by PT Usha, because how else would it ever be ready in 7-minutes. Next, we see the Colonel blowing a whistle to mark the start of 7-minutes and the chicken gets prepared in the kitchen, going through different stages to finally be packed (looking just as delicious as always), ready to be picked up by the customers. Imagine the jaw-dropping moment when the order is brought to the customers, by none other than PT Usha herself. The customers can’t believe what they are seeing – the legendary Queen of Speed, yes, but more so that their order is actually ready within 7-minutes. Now that’s what you get when PT Usha and Colonel Sanders come together – Taste Amaze, Mile Tez!

Link to watch the film. 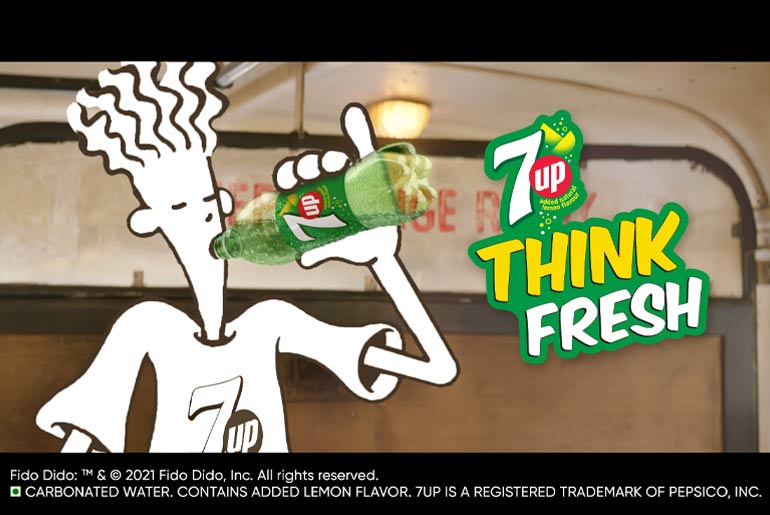 7UP® unveils its latest campaign in its ‘Think Fresh’ series 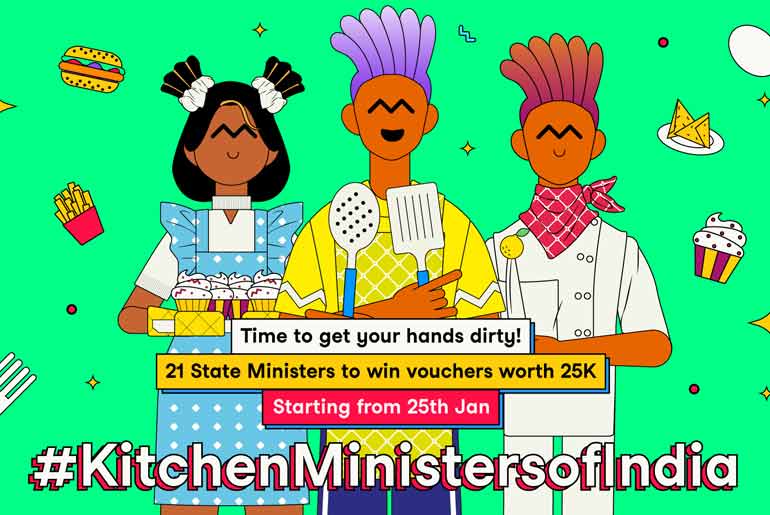