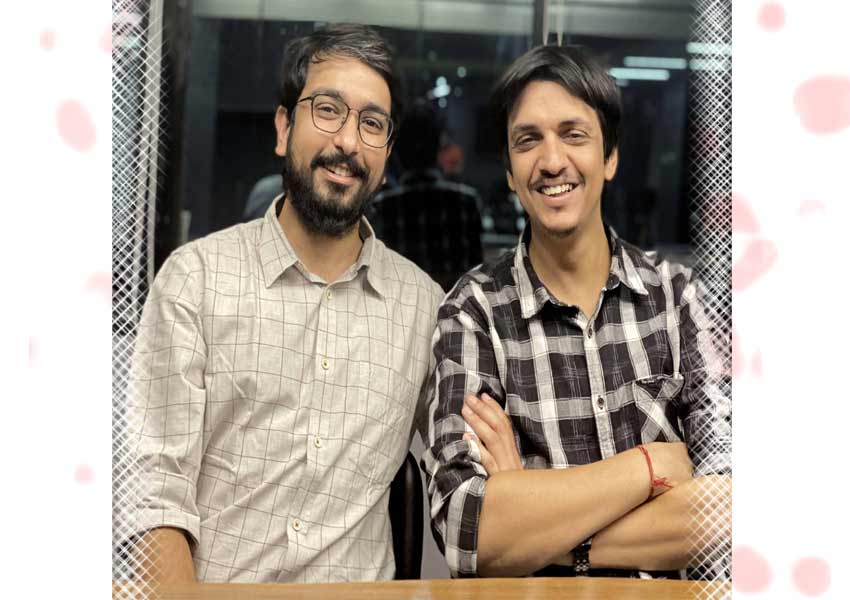 Completing one year, the Bangalore-based company, Mitron app created a buzz in the industry with its second version. With an all-new interface and strong content moderation features, Mr. Anish Khandelwal, Co-Founder & CTO, and Mr. Shivank Agarwal, Co-Founder & CEO, in an exclusive interaction with Media Infoline.

With a team of 55 people, the founders talked about their obstacles during the lockdown time. The dynamic duo further took through the story behind Mitron- the application. They also put light on various topics including distribution and plans for the year. Let’s read on.

Q) Brief info about the app. What stroked the idea of making an app which is alike TikTok?

Our journey started last year, and from then there’s no looking back. We have received wide user acceptance. We grew with the love of people. So let me tell you why we made Mitron. We always used to discuss why India doesn’t have its own social platform when foreign counterparts are bragging about their massive user base in India. There is another thing, that you may exclaim that why a short video. The story goes around 10 years back when I was working on a project that is an online video subtitling service. We realized those social media platforms were designed for laptops and desktops. At that time, internet penetration in India was very low, only 5cr users have access to the internet. But with time it grew and now we have around 55cr of users. Now the internet consumption has changed the mode and is available on mobile devices also, all thanks to the digital revolution. More than 75% of internet consumption is on mobile devices. And we all know when it comes to the formatting of the content which is more accessible de facto, video format because it is easily understandable.

So Mobile friendly, Short Video, the video-first platform was our idea. There were already many apps in the market in this segment. Like Tiktok was already doing short video in the entertainment space. Our idea was to serve content beyond entertainment like infotainment, edutainment that has huge potential in the market. With that in mind, we launched the first version of Mitron on the 11th of April.

Q) How was the year altogether?

It is amazing. We launched Mitron firstly in the entertainment category. We grew from 2 members to 55 members team. But with our 1 year anniversary, we are bringing a completely new application- Mitron 2.0, an entirely different from the first version that was launched. New tools are launched to keep the interface friendly named Editor Tool. Here the users can create content directly on the application. Many new features have also been introduced including Recommendation Engine, which allows the creator to garner more views.

Monetization has been launched into the platform. With our slogan to make micro-entrepreneurs, we launched 3 monetization models on the platform. These models will allow the users and the creators to earn while they are creating videos.

Mitro Club- Here the users can directly interact with the creators with a premium of INR 99/ month. This will encourage the creators to make useful content.

Mitron Academy- This gives the opportunity to make educational videos where a user can learn things.

Mitron On-Demand – Here a user can pay a small amount and enjoy any special kind of content that he wants, like tips and hacks, astrology, etc.

In India, the biggest problem is internet connectivity. So buffering was quite usual of one of the core issues. See, if you’re watching a movie, you can pause a video for 5 minutes and then resume back. But here the case is different, the whole is video is of 20 seconds. So buffering could be a bother. As per industry standards, more than 10% of the user suffers from buffering in every session. We achieved less than 5% of the users suffer buffering issues in any session. It is a huge achievement for us. But as you know, to reach this level we have to comprise the video which further results in losing the quality of the video. We are still working on it and we want to go to 0% from here.

On the plus side, we again have witnessed the increase of engagement time from 4 minutes to 10 minutes per user per session. 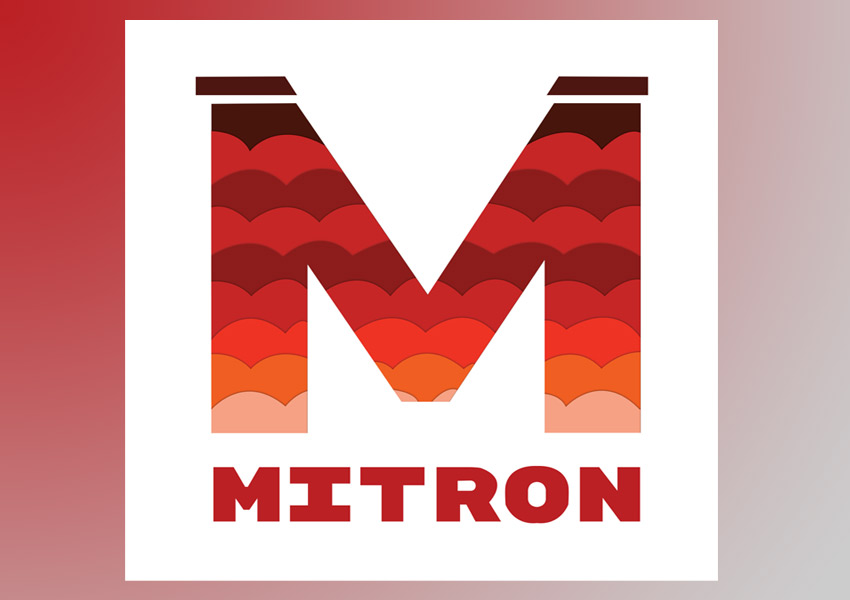 Q) Being launched in the pandemic, the app must have dealt with a lot of constraints. How did you manage to overcome the obstacles?

There were a lot of obstacles. One was taking risks while making the application work. So, we had to pick like-minded people who would take the risks. The second was communication in the time of lockdown. As all of the teams are working remotely, it was really a hurdle to connect with everyone at the right moment. These are some of the bottlenecks. But efforts of our team are appreciable to overcome these problems.

Q) What is your current user base? Please give us demographic details of top markets, reach in those markets.

The current User base is 50 million-plus, which means, more than 5 crore users.

The Demographic distribution goes as:

West – Top state is Maharashtra with 19% of the users, Rajasthan followed by Gujarat

North – Uttar Pradesh, Delhi, Haryana. In Jammu & Kashmir, we have 2 cities Jammu and Srinagar apart from this no major penetration.

Q) Largest age group for your app. Have you seen any extensions in the age group?

Q) What are you doing to make the app more user-friendly?

We do normal user researches, wherein we ask users to use the app and understand the UX issues which are on the app. There are various tools also which we use to understand the UX flows and the gap between applications. We believe in various experiments. We do an AV experiment also to see a divided concern. We do an AV experiment to see which flows are working fine. Another thing we do is the app should not be too much overgoes. If there is too much text coming out, then it becomes non-intuitive and affects negatively. So we try to make it more intuitive with minor interaction involved in places that guide the user as to how to initiate first. We have a dedicated UX team who works on this. There is still so much work to be done. 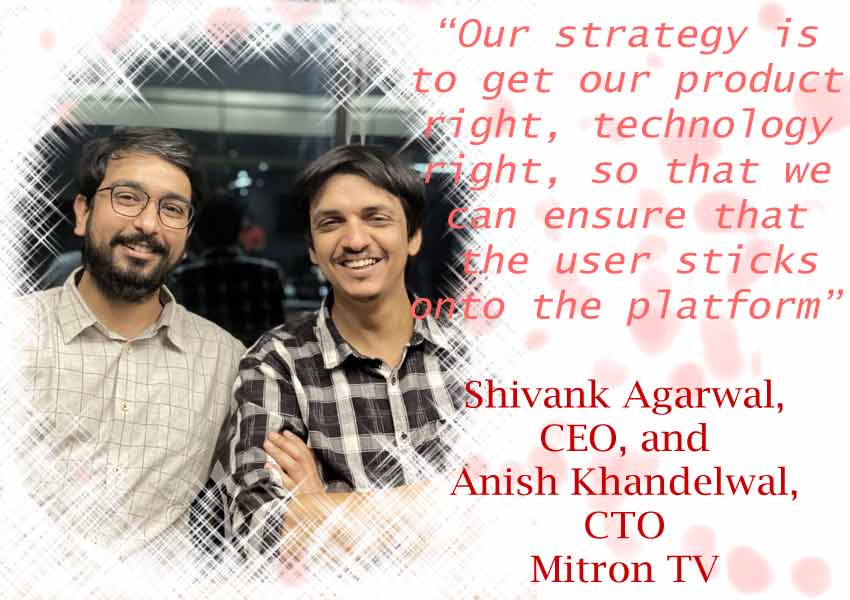 Q) How are you controlling the content that has been uploaded every day?

We have been always sure to make community guidelines. The community guidelines here in India are very much different from the worldwide. We have always been very much active on that. There are two types of control on the Mitron app- Autonomous and Manual. Every time a user or creator is on the platform, he is associated with a risk factor. So your content goes through the AI at the first pace, i.e. Autonomous. AI is set for video level filtering, which does violence detection and profanity check. These are already rejected in the first level if your content contains any of them. When the risk factor is really high, your content goes through manual moderation. This checks for the language including abusive language, demeaning ones to any particular section of people in the society, or the video is politically inclined.

Currently, this is done in 13 languages in India. Once the video gets approved and it is getting all engagement, the creator’s confidence increases. If the creator’s confidence score reaches a particular threshold, then the content of that particular creator doesn’t go through manual moderation while uploading. Though, it goes through the Autonomous AI engine always.

Again we have a function where the user can report content. Any video which gets reported automatically goes to manual moderation. Every video that is uploaded reaches our recommendation engine. We provide certain views to any video that has been uploaded and passed both the moderation. If any video gets reported on those views, it gets taken off immediately. Sometimes people also report just for no reason. So at that point in time, the content goes down on the AI moderation. Then the manual moderator checks the subject. If he thinks the content is fine, then it again goes up. At this point if the moderator finds out the content is not proper, then the content is permanently removed from the app including the link that has been shared in the content. On average, we take down 1%-2% of videos on daily basis.

Q) What are your distribution plans? How are you reaching a new audience?

Till now we have been fortunate enough that the users have been on our platform organically. And we have not put any additional effort to get users. Because we have enough user base on our platform. Moreover, our strategy is to get our product right, technology right, so that we can ensure that the user sticks on to the platform. Once we crack all these strategies of engagement, then possibly we can go out to reach out to the audience that is still not on the platform.

Q) Plans and programs for the year and future.

We are bullish about two things going vernacular and paid model. It’s about content with the right mix. We are hoping to double down there. We have launched 3 revenue tools this year. The beta testing is done for the revenue model also. The focus is to double down here as well and expand.