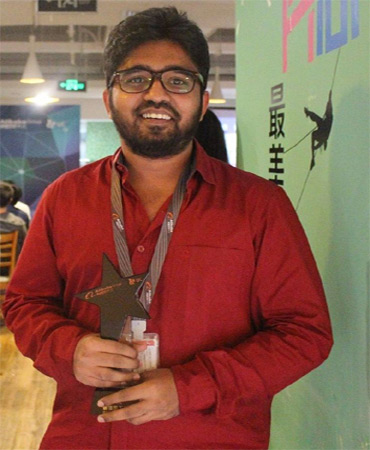 Ebrahim Popat is currently the Country Manager for 9Apps India. In his current role he manages Developer Relations and Distribution for the markets as well as any kind of strategic partnerships and business development activities for India. He and his team are based out of Mumbai and it is UCWeb’s second office in India after Gurgaon.

Q) Please throw some light on latest trends in app downloads and also on content consumption patterns in India?

As is highlighted in our bi-annual report – monthly app downloads in India increased 16% in the first half of 2016. According to our statistics, tool, social, media and entertainment, apart from gaming, remain the most popular categories for app downloads. Tools make up about 23% of all app downloads; Social about 9%; Entertainment at 7% and music is over 4% of all non-gaming app downloads.

Interestingly, we also find that instead of Rating, Screenshot is the most important factor to attract potential app users. 46% respondents pick Screenshot when asked what affect their willingness to download a mobile game/app from an app store, while only 36% selected Rating.

Due to popularity and prevalence of budget phones, majority users say power drain is the biggest concern when they are playing games and using apps. According to our internal survey, 44% users say the most annoying factor when play mobile game is that the game consumes too much power. Internet connection is the second most annoying issue, forcing many users to play off-line games.

Q) What are the key trends aiding the Indian app ecosystem?

The app market in India is on the cusp of explosive growth. Indian mobile users generated almost 9 billion app downloads in 2015, 5 times more than that in 2012. An average Indian user installs no more than 32 apps (lower than the world average). Out of this at least 7 are gaming apps. As high-end smartphones become more popular and prevalent, this number is likely to go up further

Only 26% users have Hindi language apps. Also, there is limited availability of apps in Hindi. Apps in local language are likely to see a huge bump up in the near future. Most mobile users continue to download apps via 2G network and prefer offline playback versus online streaming since network connections remain weak. Going forward, poor connections could users’ willingness to try out new apps and thus hamper the growth of the app market. Only 12.8% users are running on mobile OS Android 5.0. 80% of app users use Android 4.0-4.4 OS. Over 65% users are using a display with resolution no larger than 540*960. The market has ample room to expand as the country’s smartphone penetration remains low and payment infrastructure remains underdeveloped.

Q) What is your view on “Indian developer’s contribution to global app development”?

While the Indian app market is on a high-growth trajectory, it continues to face lot of difficulties, including connectivity, local online payment issues and lack of effective promotional channels. Effective addressal to these issues will attract more talent to the sector. The app development industry has undergone rapid expansion and is flush with talent in India. What is missing is the right platform for these developers to showcase their talent, get exposure for their apps and connect with fellow developers.

Our studies show that new mobile apps that are embedded in local realities have a much better chance of success in addressing development challenges compared to applications transplanted from elsewhere. In particular, locally developed apps are much more likely to address concerns such as digital literacy and affordability, among others.

Recently, we announced the launch of InDev Program (worth $ 20 million) to help Indian independent and startup developers with specially designed solutions, especially in user acquisition and monetisation. The Program aims to help over 100 independent and small developers over the next 2 years. Some of the highlights of the InDev Program include zero cost promotion support for developers, 100% revenue sharing with qualified developers for a certain period of time, professional support and consultancy in testing, localization etc. InDev Program also sets up a Diamond Awards for qualified game and apps. As far as I know, there is no other local mobile platform in Indian market that can compare with us, in terms of user base and app distribution.

With the right platform for distribution and monetisation, developers in India will come up with content and apps relevant for the Indian market – compact, localised and in regional languages.

Q) How user friendly is 9Apps and why it should be part of each and every Smartphone user?

9Apps is one of the most popular Android apps store with over 250 million monthly active users worldwide. As the world’s leading third-party app stores for Android apps and games, we see ourselves as a local app store in each of those countries. Apart from all the free apps available on Google Play, we provide local apps with more visibility, and offer better experience to local users with localized elements.

Recently, we have entered the lucrative e-commerce space in India. 9Apps will now offer multiple and exciting new features on its app for shopaholics, along with providing abundant android apps and games. We are the first app marketplace to offer these services to users. With these features, we aim to become a one-stop solution for our users and help them shop smart. 9Apps is now much more than just a tool to download apps and games.

We will offer Comparative Pricing where users can compare product prices from 8 different sellers – namely Paytm, Flipkart, Myntra, Snapdeal, Jabong, Askmebazar, Voonik and Shopclues on its app. The Discount Aggregation/Coupon Zone is a one-stop shop for all discounts and coupon codes available on 9Apps. Not just that – users also get a discount of value 50 INR for free when they sign up for Amazon via 9Apps.

Our effort has been to provide quality content and services and promote localised and relevant apps and games in each country we operate in. Our homepage offers fresh content on a daily basis and we recommend apps based on your preferences and past choices. Our aim is not just to acquire more users but to engage with them deeply.

9Apps is optimized for local network conditions to guarantee a downloading experience to users even if they are in bad connection. Mobile payment is a big issue for India users. 9Apps has tied up with telecom players so that all in-app purchases are added to your monthly mobile bill, even if users do not have a credit card.

Keeping in mind the challenges faced by Indian app industry, we have announced the launch of 9Apps Trends, India’s first comprehensive local app market monitoring service that provides app trends, data analysis and an in-depth market report. The monitoring tool will address the growing need for a comprehensive app industry analysis and help local app developers and distributors. 9Apps Trends is a public web facility with free access to all. We want to share the big data and our insights with the industry about mobile app user behaviour. The report will help Indian mobile users keep up with the trend, and enable app developers to perceive the ever-changing need in the market and twist their business tactics accordingly.