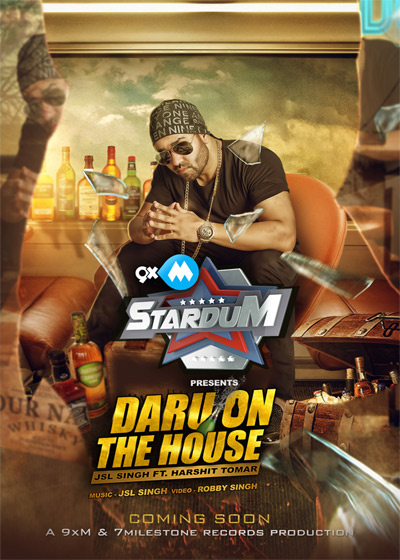 Jaspal Singh, professionally known as JSL Singh, is an Indian music director and singer. JSL has many Punjabi hits to his credit such as the cover version of “Kolaveri Di” titled “Kolaveri Punjabified” and “Kudi Tu Pataka”.

Q) Tell us something about the song titled ‘Daru on the House’.

The song Daru on the House was first created in Punjabi a year back, but we thought that the song was a bit too early for the Punjabi music industry. I love experimenting with music, be it Hip-hop, trap or dubstep. Daru on the House is one of my favourite experimentation. We created the song in Hindi and realised that it would be a perfect fit for a national launch and hence launched it with 9XM Stardum. The sound of Daru On The House is quite similar to western, electronic and we knew that Bollywood would do justice to the song

I have been studying the Bollywood music genre for the last 4-5years and wanted to create a track that would be worthy of a Bollywood debut. We are confident that Daru on the House will be the next party anthem.

Q) Share your experience being a part of 9XM Stardum.

I have successfully worked with the team at 9X Media in the past, for their Punjabi music channel 9X Tashan. Daru on the House is my first association with 9XM and I couldn’t have asked for a better platform to launch my first Hindi track. 9XM Stardum will provide singers and independent music artists the national platform to launch ourselves in Bollywood music industry.  I think 9XM Stardum is a very huge platform for artists like me who produce music. It’s a big initiative by 9XM, providing national exposure to independent artists. Earlier we had independent artists like Alisha Chinai etc whose songs were played along with Bollywood music across music channels. Currently, with only Bollywood music ruling the channels, 9XM Stardum will definitely bring back the days of independent albums and songs.

Q) Who has inspired you to become a singer?

I have not received any formal training as a singer but I have assisted artists like Taz of Stereo Nation for his Bollywood projects. He really encouraged me since he’s also an untrained natural singer who made it as a successful singer. He was the main person who inspired me to explore my talent in singing. He would always encourage me by saying that if he can sing then even I can. This made me start my singing career.

Q) ‘Song is something that touches heart.’ What do you think about the statement?

Q) You have been a music director and a singer as well. But which role you enjoy the most?

Singing is my passion; I live because of singing and music. I am a music producer and composer first and then a singer. I am living my dream at present which was to come to Mumbai and work in the Bollywood music industry.

Q) What type of songs do you listen at your leisure time?

I love all kind of music, Baadshah’s DJ wale Babu is my current favourite song from Bollywood. The song has a lot of groove and I love music that gets you moving. My favourite artists are Taz Stero Nation and Mika paji. They have ruled the industry for past 10-12 years, I love their music.

I also love listening to the music by Arijit Singh, Amit Trivedi and AR Rahman. They have their distinct styles and I love their music. 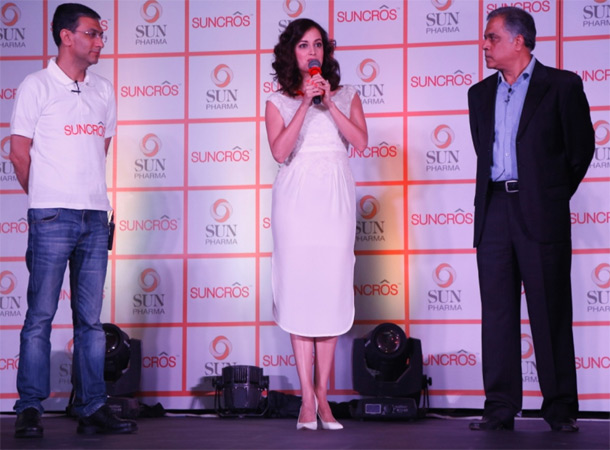