“The aim is to create a model which perceives the real world and helps in creating memes”, Kyle Fernandes, CEO, MemeChat App 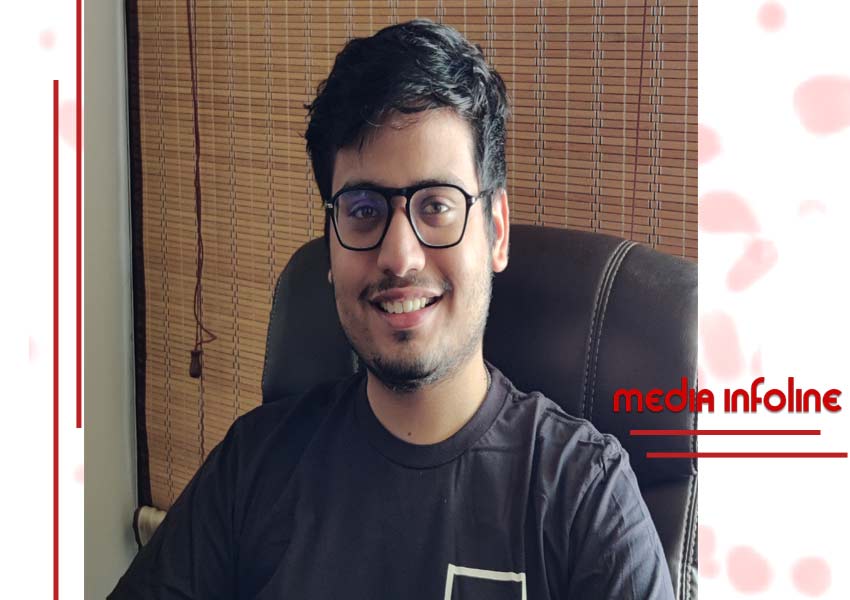 Kyle Fernandes, a 23-year-old, Co-founded Meme Chat in 2019. Soon after its launch, MemeChat gradually made its space as one of the most popular homegrown social media networking apps for Generation Z and millennials. At present they have more than 750k+ monthly active users (current user base of 2 Million Downloads) and over 6 million memes.

Kyle Fernandes, CEO & Co-Founder of Meme Chat in an interview with Media Infoline speaks about their ideas behind creating a platform exclusively for memes. He also speaks about AMY (Automated Meme For You) that is supposed to be the world’s fastest and first Artificial Intelligence meme generator. He says, “Memes have played a big role in conveying human emotions be it happy, sad, anxiety, or fear.”

Q) Please introduce us to MemeChat.

Meme Chat is the only meme social networking app used by Gen Z and Millennials that is created for meme lovers and creators around the world. The application was founded in 2019; by two young individuals Kyle Fernandes, CEO  & Co-Founder along with TaaranChanana, MD & Co-Founder. We have 130K daily users who post or share around 200k memes each day. The monthly user count has gone up to 780K.

With a recent round of funding by 500 startups for $150k, Meme Chat became the only Indian startup to be included in the 500 Startups’, one of the most active global venture capital firms’, distinguished accelerator program for its 27th batch in 2020.

With extensive insight into what the meme-loving audience expects, Ujjawal K Panchal, CTO of MemeChat created AMY. The database of 7 million memes played the role of a catalyst to create an AI that creates memes for people.

Meme Chat also helps Brands to get viral organically on social media; some of the key brands the team has worked with are Amazon Prime, Hotstar, Alt Balaji, etc. Meme Chat was awarded the AtmaNirbhar Bharat Award, under the entertainment category amongst 6,940 entries from across the country in 2020.

Q) How did AMY take birth? What was the idea behind it?

AMY, created by our CTO Ujjawal K Panchal, uses State of The Art NLP (Natural Language Processing) and Deep Learning mechanisms. It has been architectured to analyze information and produce humor. It solves problems that would be impossible or difficult by human or statistical standards. The system architecture has been optimized to generate humorous memes at the fingertips of users within seconds.

AMY is one of those rare examples where technology and human creativity come together to create something groundbreaking. This feature has made creating content easier for the users; now our users can make a meme with just an idea and in a matter of seconds. We see AMY becoming one of our most popular features in the coming months. 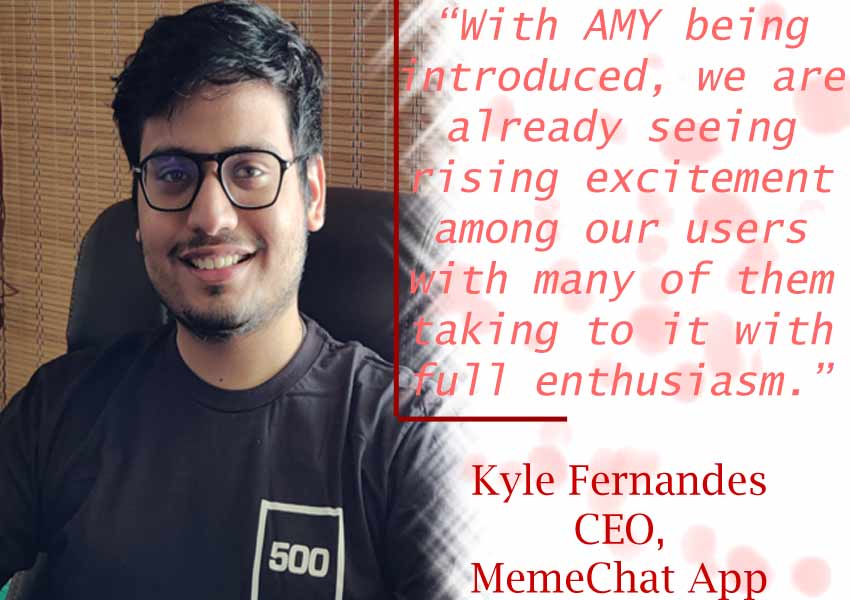 Q) How can memes be helpful to the society or world at large?

We have entered the second year of this heart-wrenching pandemic where staying indoors is not a choice anymore. Staying indoors has also led to the surge in the use of digital platforms. We have had to adjust to a new normal. Memes have played a big role in conveying human emotions be it happy, sad, anxiety, or fear. Popularly the language of millennials, memes have been going viral every other day on either mindless comedy or a social message. As we continue to use memes to convey emotions, we deeply believe that Memes are here to stay.

Our users’ age ranges from 16 to 22 and they are mostly from Tier-I cities.

Q) How has the pandemic affected the workflow and revenue of the business?

During the past two years, internet usage has increased multi-folds and we have also witnessed demand in meme marketing by brands across the country. This has helped us enhance the marketing strategy to meet the demand of our growing clientele list and the consumption from users on the app.

With an extensive data analytics team in-house, we have been successful in tailor-make features on the application that is relatable and engaging. The approach has kept audiences engaged and entertained indoors. Happy quotient is at the center of all our work. The way people are sharing content, people are creating content, and consuming content, really gives us a better understanding of the kind of humour that is most liked.

With AMY being introduced, we are already seeing rising excitement among our users with many of them taking to it with full enthusiasm. We see this feature becoming one of our best and most popular features in the coming months.

Q) What are your future plans and programs?

With Entertainment apps, which include short video platforms, showed retention figures of 4.83% seven days after they were downloaded, MemeChat has consistently been at a 20% retention rate. We aim to gradually increase the retention figures. The aim is to create a model which perceives the real world and helps in creating memes.

“Pandemic has definitely made a lot of people think about their priorities, their consumption patterns, and also the transience of life”: Dev Batra, Founder and CEO, L&F
MediaInfoline May 07

“We are trying to give consumers an opportunity to get an assured interaction with their favorite celebrities”: Akshay Saini, CEO & Co-founder, tring
MediaInfoline May 03

“Pandemic has definitely made a lot of people think about their priorities, their consumption patterns, and also the transience of life”: Dev Batra, Founder and CEO, L&F

“We are trying to give consumers an opportunity to get an assured interaction with their favorite celebrities”: Akshay Saini, CEO & Co-founder, tring 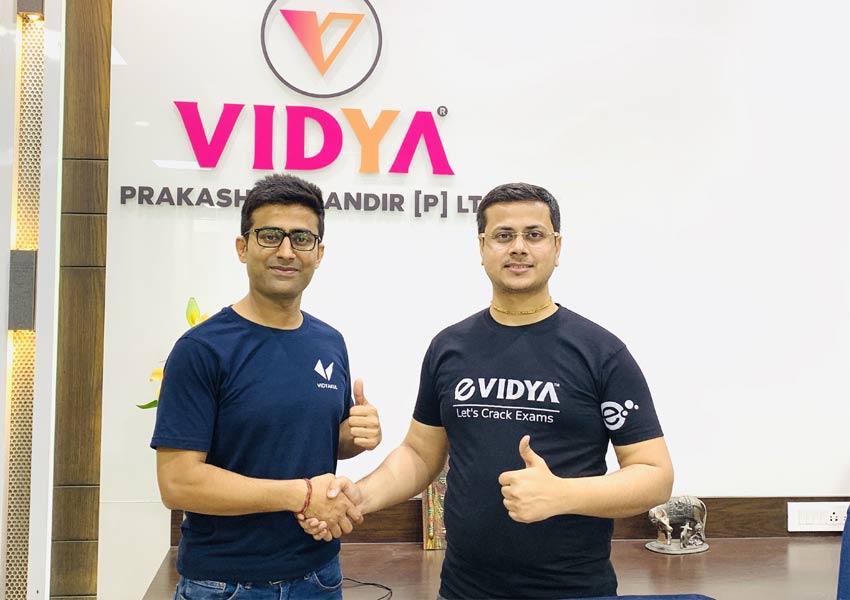