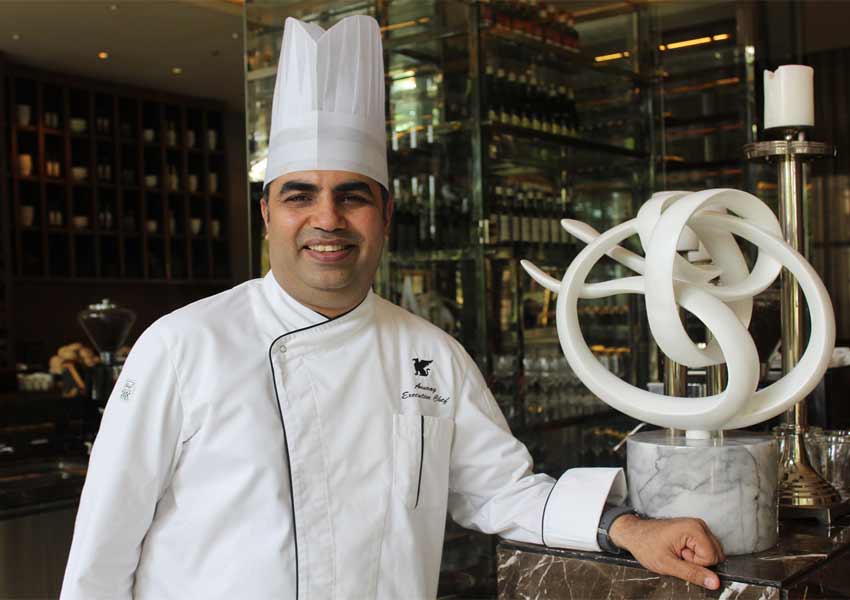 Anuraag Narsingani has been appointed as the Executive Chef at JW Marriott Hotel Pune. In his new role, Chef Anuraag will be responsible for overseeing smooth functioning of the F&B outlets and managing culinary operations at the hotel.

With close to two decades of experience in the hospitality industry, Anuraag is a quintessential Chef whose expertise in the culinary world has resulted in award-winning menus. Prior to joining JW Marriott Hotel Pune, Chef Anuraag worked with the Oberoi Group of hotels. He began his career at The Oberoi as a Demi Chef de Partie. Since then he has worked hard to become an indispensable asset to every restaurant he has worked with. After working at The Oberoi, Mumbai, he moved to Trident BKC where he was an integral part of the pre-opening team, which worked right from the conceptualization through to the operational stage. After a successful stint of three years at Trident BKC, Chef Anuraag moved on to The Trident Jaipur as Executive Chef where, he perfected his signature style and prepared great culinary dishes from across the globe. He has worked with various cruise lines, after which he returned to Mumbai to work with The Trident, Nariman Point, to take charge of the food operations of the celebrated Frangipani all day dining restaurant, as well as other food production areas.

Armed with bachelor’s degree from IHM, Mumbai, and numerous other professional trainings, Chef Anuraag’s ardent focus is create more memorable dining experiences for his guests, by designing interactive menus that incorporate super foods and vegan options. Chef Anuraag believes that great food goes beyond tantalizing the taste buds, and with every recipe, he aims to create a striking experience for his guests.

In his spare time, he enjoys listening to music, playing badminton, going for adventurous bike rides and spending time with his family.