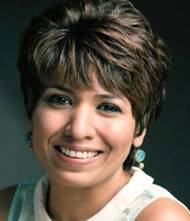 Mr. Sanjay Shukla has resigned from his post as Chief Operating Officer, Percept One. Sanjay will be stepping down with immediate effect.

Sanjay Shukla joined the Percept Group as National Head, PDM in 2007, and was promoted to COO, Percept Activ in 2011. He was elevated to CEO, Percept Sport & Entertainment in 2014 to manage the vast portfolio encompassing Activations, Sport, Entertainment, Talent and Weddings. Under his able tutelage, the team won many accolades from the M&E industry including the WOW Awards, EMAX Awards and EEMA awards.

His many accomplishments translated into his meteoric rise in 2015 to the position of Chief Operating Officer, Percept One, a single business entity comprising the Percept Group Companies Percept/H, IBD India, MASH Advertising, Percept Gulf, I-AM, Percept Media, Percept Profile, Percept ICE and Percept Sports & Entertainment. Sanjay Shukla was responsible for leading the Integration and Business Development of all the diverse Marcom Services and driving business opportunities offering greater synergy across the Percept Group to clients.

The Percept Group wishes Sanjay Shukla all the very best for the future!

Nupur Mahajan has taken charge as Chief Executive Officer (CEO), Percept One, and will be responsible for leading the Vision, Strategic direction, Business Development and Integration of all the Marcom Services at Percept One. She will be overseeing a team of over 500 people across 27 offices in 10 markets to ensure seamless collaboration of the Group to ensure stronger client relationships and offer customized creative solutions to clients. She joined Percept in December 2015 and has been working with the Management to draw out future plans for the Marcom business and is well inducted.

Nupur has had a remarkable career spanning two decades in the Media and Communications domain. She has handled varied challenging portfolios spanning Journalism, Business Development, Brand Solutions, Radio, Business Acquisition, and has worked closely across both national and international markets. Prior to joining Percept, Nupur was a consultant with some of the leading business houses in the country, viz. the Star Network, DB Realty and a columnist with the tabloid newspaper, Mid-day. She kick-started her career with the Times of India and rose to become the youngest Editor of the Times group at the age of 24. She moved to Television to launch Star News. Later, on the behest of Anand Mahindra, she took on the mantle of Brand Development Director and devised the growth and strategy plan for the popular ‘Verve’ and ‘Man’s World’ magazines.

She also launched a Sports Intellectual Property Company called Beyond Boundaries, which in turn nurtured two very successful IPs – World Cricket Legends and the World Cricket Summit. Post that, advertising beckoned and she joined McCann New York (HQ), as Brand and Communications Head alongside Prasoon Joshi, where she was the custodian for brand MWG in India. Her last stint was at the Times Group where she was National Creative Director. Here she led the creative and strategic responsibilities of the Group with a specific focus on reenergising Times Group IPs together with creating new domain-defining IPs across Group companies.

Said Ajay Upadhyay, Chief Operating Officer, Percept Limited said, “We strongly believe that Nupur will be able to provide the leadership that Percept One needs to become a strong unified Marcom service.  Her global leadership experience and brand experience across manifold portfolios will help us leverage the scale and achieve the growth targets we have set for ourselves. Collaboration and integration is the value we bring to the table and Nupur is the ideal person to lead us on that path.” He further added, “Sanjay has been an integral part of the successful growth story of Percept, and we wish him the very best as he steps into new frontiers.”

Naaptol breaks all records to become the No.1 home shopping company in India
MediaInfoline Feb 25