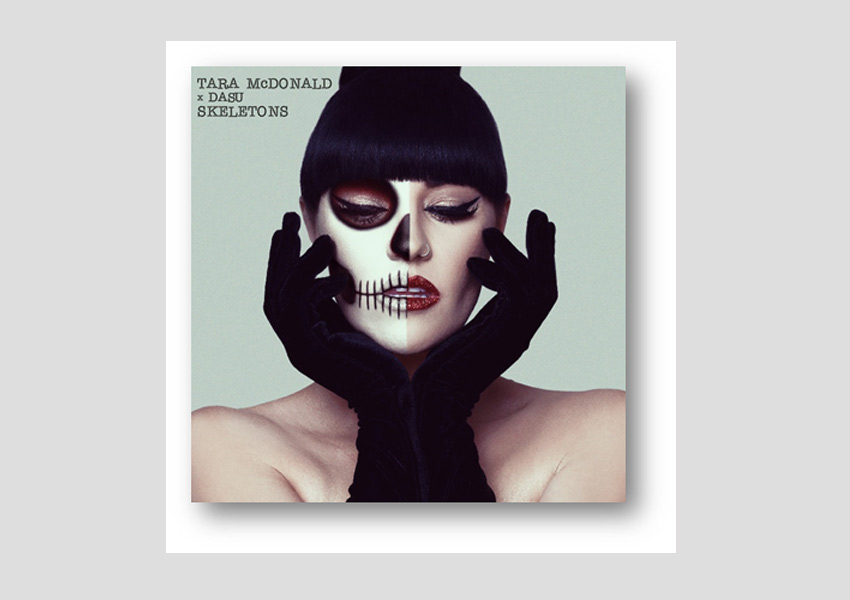 “Skeletons” is an insanely catchy slice of spooky urban pop. A perfect antidote for those dark post Halloween nights and samples the hugely popular French hit “Belsunce Breakdown” by Bouga.

Says an elated Tara McDonald, ““Skeletons” is a crazy song about a dark past that’s difficult to accept and those skeletons in the closet want to break free. Working with DASU has been such an incredible experience, I’m really proud to collaborate with him. His performance & song-writing gives the record a R&B swag. It feels more like a duet than a feature which I love. It’s the first time I’ve collaborated with an Indian artist which has been a dream of mine for a long time as I continue my mission to promote equality through my pop world music album concept.”

Says DASU, ““Skeletons” is a fun song which also has a lot of truth in it. It shows we can talk about things people are scared to speak about in a less dramatic way. I want to thank Tara for let me being part of this exciting project. Her energy is infectious and I loved the whole process of the track coming together. It was quick, instinctive and pretty much organic. I’m looking forward to seeing the fan’s reactions to “Skeletons” ”.

Says Sunil D’Sa, Founder, 9122 Records, “This is truly a multi-cultural collaboration. English-Irish pop star meets US based Indian who was brought up in Hong Kong. It can’t get any more complicated than this, but the output is “Skeletons” a brilliant urban / pop dance track with a `stuck in your head’ hook. What pleases me most is the coming together of two extremely talented personalities from totally different backgrounds to create such a strong and seamless track. Can’t wait for the fans to hear it!”

With 20 tracks that hit the Top 10 on International charts, Tara McDonald dubbed “the Queen of dance”, awarded “Voice of the year 2014” and described by Rolling Stone magazine as “The white singer with the black voice”, first gained popularity for featuring on the hit singles “My My My” Armand van Helden and “Feel the Vibe” Axwell. Her collaboration with David Guetta on “Delirious” was the turning point in her career. This successfully started her solo career which included a collaboration with the rap legend Snoop Dogg, while her single “I Need a Miracle” gave her her first #1 record, launching her into mainstream media and radio waves across Europe. In 2016, she hit the Latin American market with “Love Me” her first Latin collaboration with the platinum-selling artist Juan Magan, which went straight to number 1 in Guatemala, El Salvador, Costa Rica and Paraguay.

Amrit Dasu a.k.a. ‘DASU’ is a US based singer, songwriter and model of Indian descent. After putting out his music on the internet since 2014, DASU bagged his first major record deal with UMG in 2016. His debut single “Dil Kya Kare (Did I Love You?)” was produced by Rishi Rich and featured Bollywood actress Mallika Sherawat in the music video. He followed up the single with his debut EP `Holding On’  and since then has built a formidable fan following both in India and the US. In the summer 2017, DASU dropped “Turn Back Time” a smash Intl collaboration with Jamaican dancehall star Charly Black that went on to make him a name to reckon with!

“SKELETONS” is available in India exclusively on 9122 Records across all streaming services.