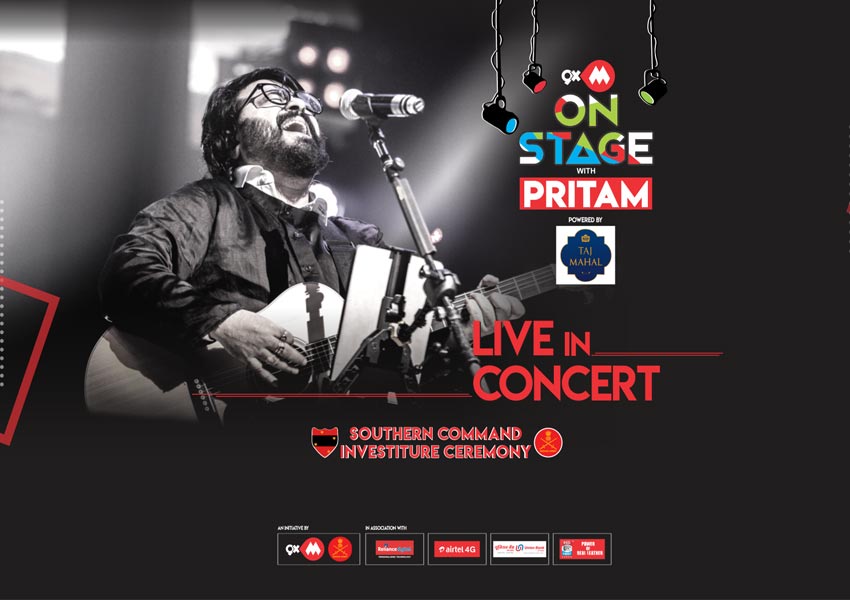 9XM has been invited by the Indian Army to celebrate the cultural evening of the Army Investiture Ceremony 2020 of the Southern Command, to be held on 19th February 2020 at the NCPA in Mumbai. For this occasion and as a tribute to the Indian Army and their families, 9XM has curated an evening of music and entertainment under the on-ground property called 9XM On Stage. The Channel has collaborated with one of Bollywood’s favourite music composers and singers, Pritam, who will enthrall the audience with his fantastic music.

Rajitta Hemwaani, Chief Content & Operating Officer, SpotlampE who has been spearheading the project, said, “9XM On Stage celebrates the best of Bollywood music through large scale live events. This on-ground property was launched last year with a stupendous performance by popular music composer duo Salim–Sulaiman. It was a splendid musical night attended by over three & half thousand people all of whom belonged to the Indian Armed Forces. This year, we are pleased to partner with the multi-talented / ace music composer and singer Pritam who is all set to entertain the Indian Army and their families with his livewire performance.”

Commenting on the musical concert, Punit Pandey, Chief Business Officer, 9X Media Pvt. Ltd. said, “It is a matter of great honour and pride for us at 9X Media to curate a musical entertaining show for our Country’s soldiers who provide us a safe and secure environment! Through our music television network we continue to deliver a grand experience to our viewers across our television screens. This has led our viewers to bookmark our Channels as their favourite music destinations. Likewise, for last year’s 9XM On Stage we received an overwhelming response from our audiences. With the super talented Pritam on-board, this year’s event too will resonate with the audiences.”

Speaking about the concert, Pritam said “I am super excited to partner with 9XM and create a special musical evening for the Indian Army and their family members. It is an honour to dedicate an evening of music and entertainment as a tribute and thanksgiving to our soldiers and make it a night for everyone to Remember.”