AKHIYAAN VICH’ by Vaibhav Saxena, a blend of music, singing and rap 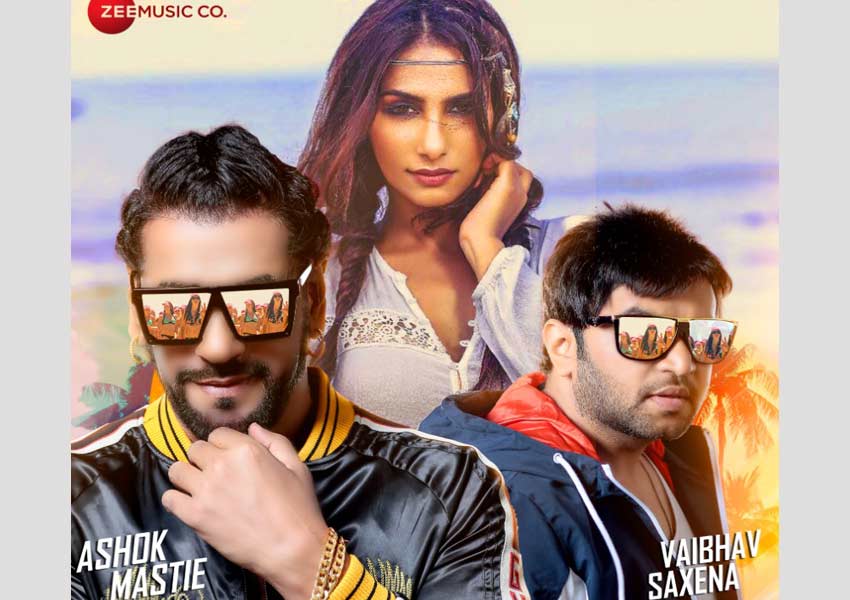 Launched as the summer anthem, Akhiyaan Vich is a Punjabi English dance number sung by Ashok Mastie and composed by Vaibhav Saxena

‘Akhiyaan Vich’ is an urban foot-stomping dance number with quirky Punjabi lyrics and a light touch of English vocals. The song is very melodious and catchy, featuring Sneha Namanandi as the lead actress. What makes the song unique is its blend of music, singing and rap, which makes it fun to groove along. The lyrics are written by Kumar Vinod while the English part and rap are written by Vaibhav and Apoorv.

Vaibhav Saxena, Music Director and Rapper said, “Being an engineer with a heart for music, I always try to bring technology and melody together, and create a unique experience for my listeners. In my association with T-Series, I have composed two songs in crossover genre where I fused few of my English songs with Hindi and Punjabi. I am delighted to launch this video, which is a new genre of dance music in partnership with veteran Punjabi Pop singer, Ashok Mastie.”

Taking forward his music aspirations into the Indian music industry, Saxena has already won many hearts across India. The famous Punjabi singer Ashok Mastie is known for his song ‘Khakde glassy’ with Yo Yo Honey Singh. In their latest song, the duo has introduced a remarkable fresh new flavour of music and rap, which is already receiving huge responses from across India.