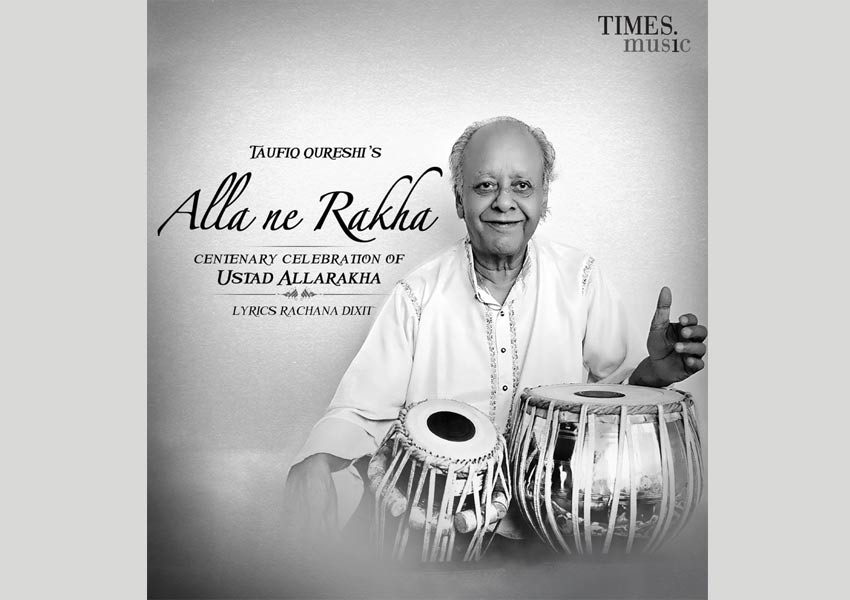 To commemorate Abbaji’s humble contribution to the world of rhythm and music, contemporary artists from different genres of Classical, Folk, Fusion, Jazz and Pop came together. Unparalleled artists like, Rakesh Chaurasia, Purbayan Chatterjee and Sabir Khan are also featured in the song. Taufiq Qureshi’s thoughts on Abbaji have been beautifully penned by Rachana Dixit.

“The song captures Abbaji’s true persona. He was a Malang, a Messiah, a Tapasvee who brought the art of Tabla playing to heights, never witnessed before,” says Taufiq Qureshi.

“The song beautifully composed and arranged by Taufiq Bhai talks about Abbaji and his association with the almighty. I am very fortunate and humbled to be a small part of this centenary anthem,” says Shankar Mahadevan.

“While singing, I felt a divine presence, a positive energy, as if Abbaji was right there blessing me. I have learnt so much from Taufiq Bhai, it was a great experience to be a part of something so special,” says Salim Merchant.

Incorporating different genres of music, has been the hallmark of Taufiq Qureshi’s music compositions and productions. And this divine anthem is no exception.

Stream it on Gaana: here