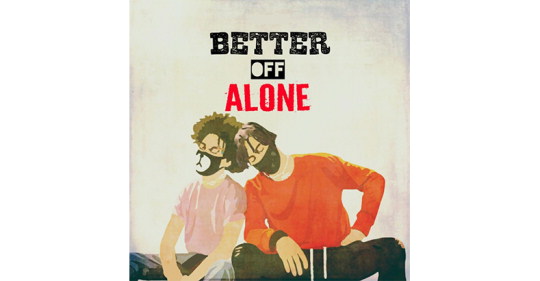 Columbia Records artist Ayo & Teo release their new song “Better Off Alone” -. The energetic track was produced by BL$$D and is the follow up to their platinum hit “Rolex.” Ayo & Teo recently released a remix for “Rolex” by Steve Aoki.

“‘Better Off Alone’ describes unhealthy relationships and some of the effects from being in one,” says Ayo & Teo. “We’re very excited to have another song out there that is relatable and can get everyone dancing.”

Following their energetic performances at the BET Awards and radio shows across the nation, the boys are performing at the Billboard Hot 100 Festival this weekend. They then embark on a European tour in September.

Brothers Ayo & Teo have used social media as a tool to make small dance moments major. Online videos of the duo expertly dancing to some of Hip-Hop and R&B’s biggest records, taking the latest dance steps and making them their own, has led to their viral success.  Their first single, “Rolex” has received over 200 million views and continues to grow. With over 3 million followers across their social media platforms, the self-taught dancers now teach superstars their moves and create songs that millions dance to.

Tags:
Previous Article
The Tata Social Internship 2017 hosts 15 international students in India
Next Article
The Red Bull Tour Bus returns to Mumbai, to go Off The Roof on 14th October

The Red Bull Tour Bus returns to Mumbai, to go Off The Roof on 14th October
MediaInfoline Aug 28