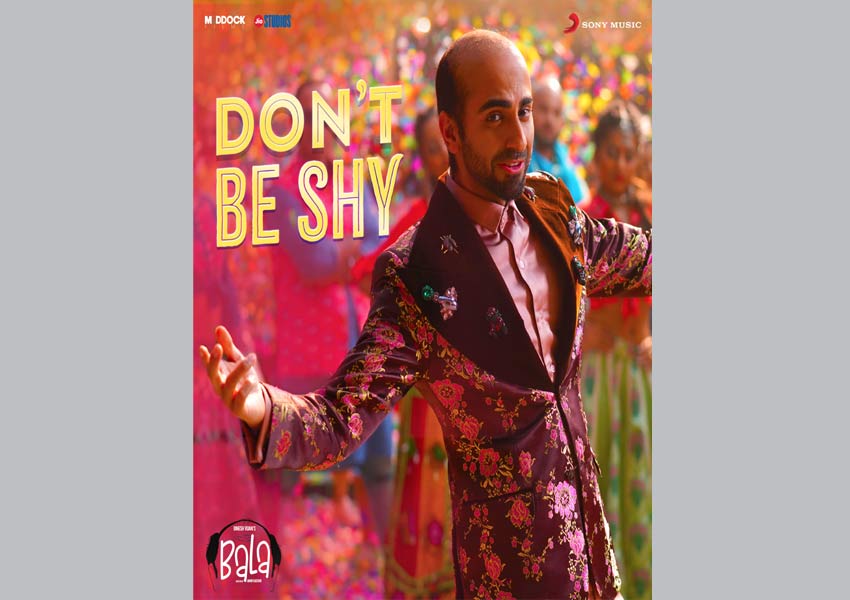 Bald is beautiful. You might as well accept that fact, sooner rather than later. Badshah, Shalmali Kholgade and Gurdeep Mehndi offer the encouragement you need with the first Bala single Don’t Be Shy.

The first single to release from the Ayushmann Khurrana-Bhumi Pednekar-Yami Gautam starrer is Don’t Be Shy. The single is out today, via Sony Music India. The video and the single itself was teased on social media a day prior and the fun banter between the composers, Badshah and the lead actor, Ayushmann had everyone in splits. Featuring music by Sachin-Jigar and lyrics by Badshah and Mellow D, the video of this mane-ficent track has to be seen to be believed.

It has one wig-snatching moment (literally!) and what follows will be an encouraging moment for tress-stressed people everywhere. Also, don’t miss the love for Shah Rukh Khan throughout the video.

Directed by Amar Kaushik and produced by Dinesh Vijan of Maddock Films, the story of the film is all about a man in deep distress over his baldness. The song is now available on Sony Music India’s YouTube channel and across all streaming platforms. Watch the video here to know why this bold bald move has us grooving: Watch it here

From the Film : Bala

TECNO partners Ayushmann Khurrana as its Indian brand ambassador for 2021