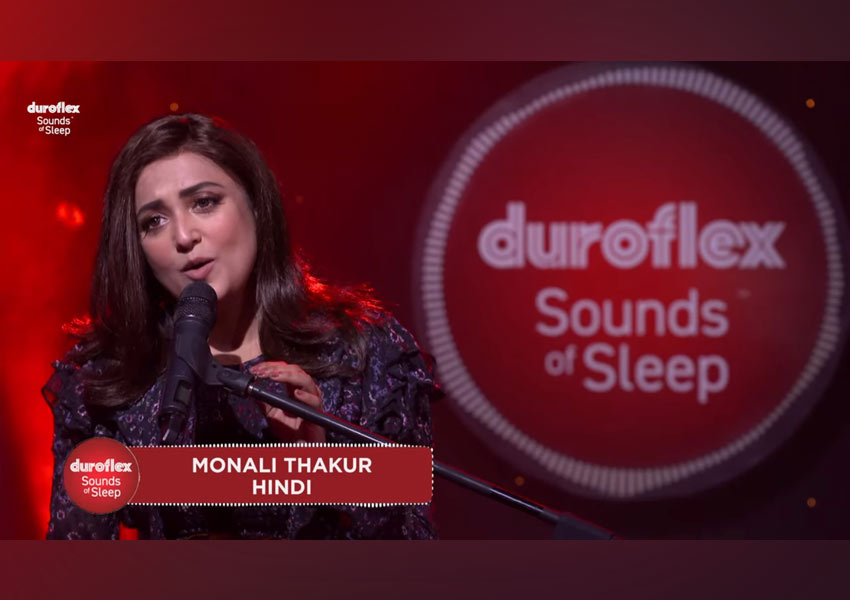 A unique digital series- Sounds of Sleep has been introduced by India’s leading sleep solutions brand Duroflex. This series explores the role of music as a sleep aid. Helping in inducing sleep, listening to soothing music is a proven relaxation technique. Being parents’ favourite choice for soothing their young ones and putting them to sleep, universally, the most popular sleep music has been lullabies for at least 4,000 years. Children of all ages sleep better after listening to the soothing melody of a lullaby and this has been proven by science and multiple studies by the reputed institute. Duroflex has curated a collection of popular regional lullabies from across India as it is constantly committed to helping India sleep better. For the first season of its Sounds of Sleep digital series, it celebrates and revives one of the oldest pre-sleep routines.

For the new-age parents looking to inculcate healthy pre-sleep routines for their loved ones, Duroflex Sounds of Sleep presents a first-of-its-kind digital music series aiming towards reviving, celebrating and recreating India’s rich tradition of regional lullabies in a digitally convenient way. Kalki Koechlin, who is a mother, philanthropist and popular film & theatre actor, will host the series. Prominent Indian singers such as Geetha Madhuri, Monali Thakur, Shalmili Kholgade, Shilpa Rao, Sanah Moidutty, Chinmayi Sripada will feature in the six-episodic series which is releasing on March 19th i.e., World Sleep Day.

Commenting on the property, Smita Murarka, Vice President – Marketing & E-Commerce, Duroflex said, “Our earliest memory of sleep music are the lullabies that our parents or grandparents used to sing while rocking us to sleep. Even as an adult music is a great way to relax the mind and body, making it an enriching pre-sleep routine. As India’s sleep coach, we wanted to go back to our roots, celebrating this sleep routine tradition from various parts of India and curate it digitally for the convenience of new age millennial parents. We couldn’t think of a better platform than World Sleep Day to launch this unique series to create awareness about the importance of healthy sleep.”

Commenting on the association, popular theatre and film actor, philanthropist, and mom – Kalki Koechlin said, “When I started my parenting journey, I began looking for soothing music to put my baby to sleep to create a healthy sleep routine for her. I knew that India had a very rich collection of regional lullabies but found it very difficult to discover these hidden gems. Therefore, when Duroflex approached me to host a series that aimed to revive and curate regional lullabies in a digitally convenient way for parents like me I was thrilled to be a part of this journey. I hope to share the sense of warmth, nostalgia and bonding experience for every new parent out there.”

Commenting on the association, Kiran D’cruz – Director, Brand Partnerships, Sony Music India said “As always, the partnerships we forge are what define us as a music label. We see Sounds Of Sleep as an opportunity to leverage our experience and expertise to curate and promote quality music. Innovation is what drives us and that also applies for something as traditional as lullabies. This World Sleep Day, let this curated selection allow you to rest and recharge in the most optimum way.”

Duroflex’s creative agency partner, Sunny Side Up has conceptualized this Duroflex Sounds of Sleep and it has been co-created with Sony Music India and Lodestar UM Studios along with production associates.

The brand’s YouTube channel and social platforms will premiere Duroflex Sounds of Sleep on World Sleep Day, March 19th. Sony Music India’s social channels will also co-host the property. With lullabies from different parts of India in languages such as Punjabi, Tamil, Bengali, Malayalam, Hindi and Telugu will be releasing every Friday. Tune in to rediscover and understand why lullabies are good for sleep. Sounds of Sleep episode list as below.

Watch the promo of Duroflex Sounds of Sleep here.