Eight Eurythmics Albums Will Be Released On Vinyl In 2018 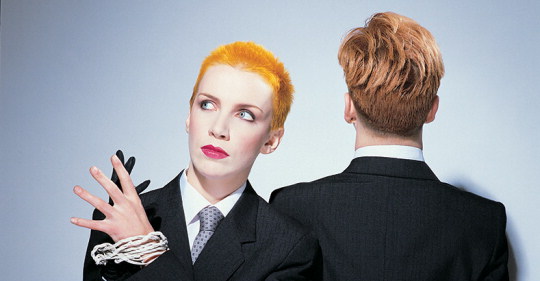 One of the most revered and respected pop groups of the 1980s, Eurythmics, with over 20 international hits and 80 million albums sold, is in the spotlight once again, both for their nomination for the 2018 induction into the Rock & Roll Hall of Fame and the impending re-release of their eight studio albums on vinyl. Spanning their entire career, the albums will be released by RCA/Legacy Recordings, the catalog division of Sony Music Entertainment, between April and October 2018, starting with In The Garden (1981), Sweet Dreams (1983) and Touch (1983) on April 13, 2018, followed by Be Yourself Tonight (1985), Revenge (1986) and Savage (1987) in July 2018 and We Too Are One (1989) and Peace (1999) in October 2018. This will be the first time that Peace will be available on vinyl, as the original release was only available in two formats: CD and cassette.