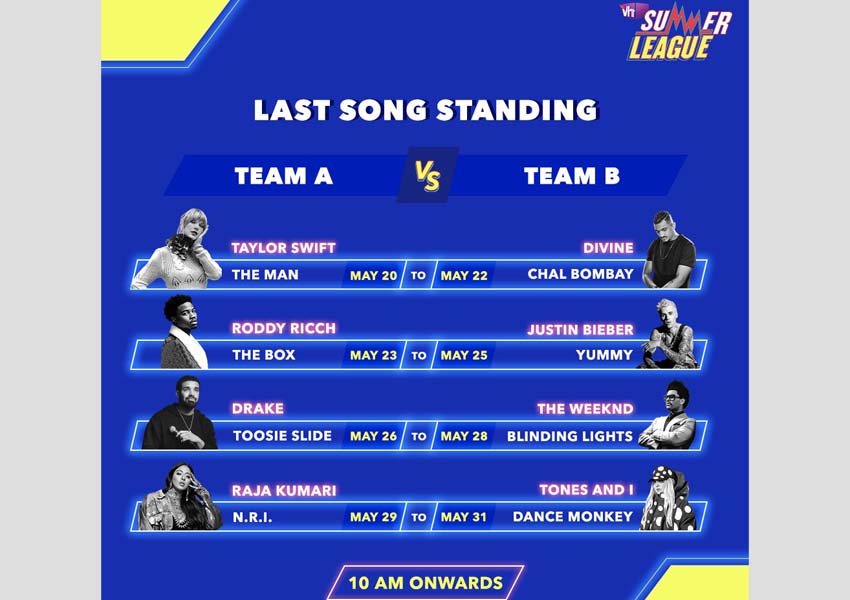 The stakes are high, the stage is set, and the contenders are raring to go, as Vh1 India launches the summer’s hottest music showdown – Vh1 Summer League 2020. Kicking-off today, eight chartbusters of the year will go mano-a-mano in an electrifying three-staged competition to emerge as the – ‘Vh1 Song of The Summer’. Clashing in pairs, each battle will run for three days, giving music fanatics the opportunity to vote for their favourite tracks on the channel’s social media platforms.

Expounding on the 4th edition, Hashim Dsouza – Head of Programming, English Entertainment, Viacom18, said, “Vh1 Summer League is one of the most engaging music properties that piques viewers’ interest and witnesses very high participation from them. Keeping our viewers involved, Vh1 Summer League serves as the only platform that links music fans to the process of ranking songs on a popularity list in India. Year on year, each new season has witnessed an exponential rise in engagement on social media between fans and Vh1, with millions of votes pouring in during the last edition.”

He further added, “It’s a true clash of champions, where the growing fan bases of Indian-origin artists like Raja Kumari and Divine will try to out-vote the towering fan bases of international artists such as Taylor Swift, Drake, Justin Bieber, Tones And I, Roddy Rich and The Weeknd. We have paved the way for a much grander competition this year, at the end of which we shall find out the track that will remain as the Last Song Standing.”

Winners from the first-round will face-off in the semi-final stage, with each match spanning another three days. The two tracks that remain will compete for the top prize in the finals, taking the challenge to their fans. But there can be only one winner, as the finalists will have to lock horns in an epic finale to become ‘Vh1 Song of the Summer’.

Going live today, fans can catch live updates of each battle on the official site by clicking HERE.

Back your favourite track with a blitzkrieg of votes in this enthralling battle between record-breaking tracks, as we bear witness to the epic Vh1 Summer League 2020

Vejeeta & Its Simar’s New Song SAVAGE To Be Released 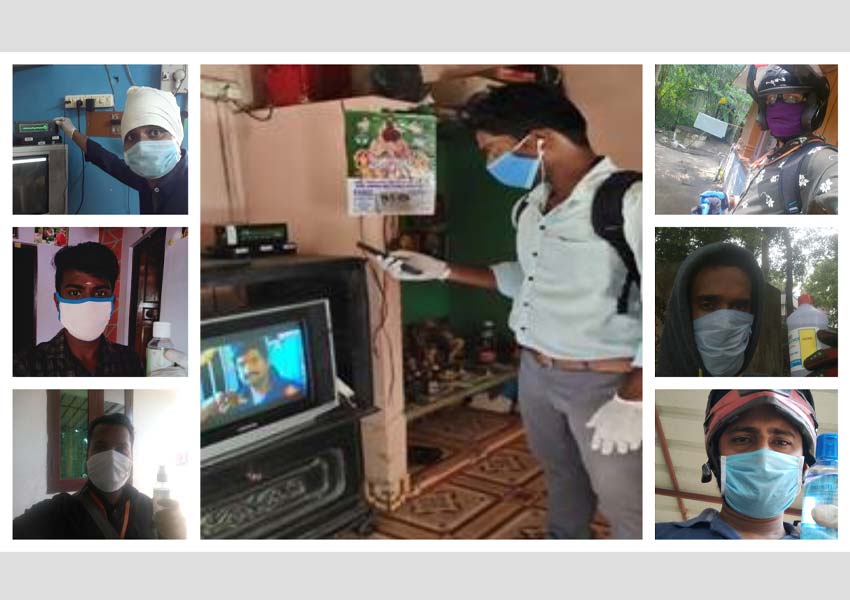