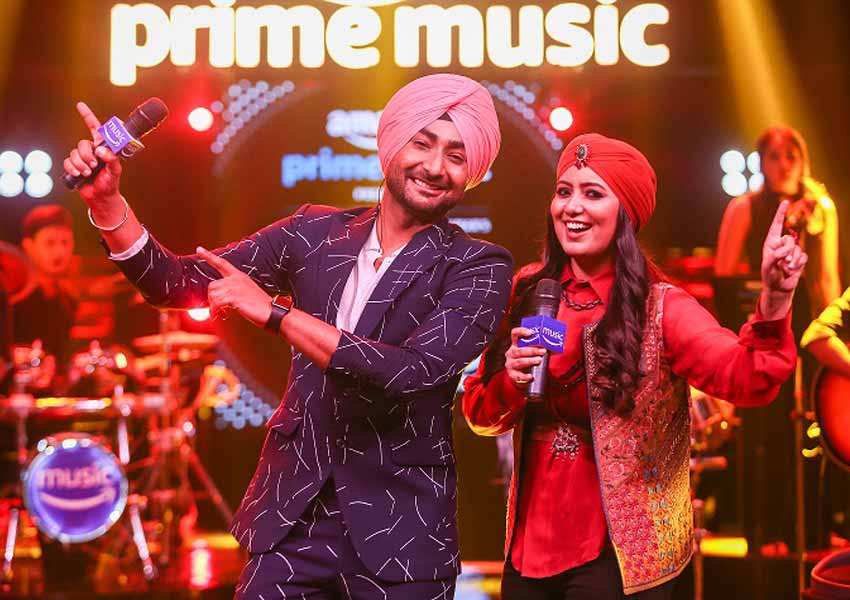 When you talk about creating great music content on digital platforms today, Bhushan Kumar’s T-Series wins hands down, a feat that has been the result of years of hard work and steadfast application to create good music for listeners/viewers. Bringing back the melody and the nostalgia of singles and music videos for today’s young generation, T-Series has spearheaded unique content on the web as can be seen in the way the music major has developed the MixTape series over the past few years. Episode 9 of T-Series MixTape Punjabi season 2 presented by Amazon Prime Music sees Harshdeep Kaur and Ranjit Bawa work their magic by rendering Laung Laachi and Sheesha in a unique and entertaining way. Peppy and soothing at the same time, the track is full of life, vigour and rhythm. Incidentally, Laung Laachi is the first ever Indian song to hit the one billion views mark on YouTube.

Sahas Malhotra, Director, Amazon Prime Music, said, “We have received an overwhelming response on all the new episodes of MixTape Punjabi Season 2 and are delighted to present the last performance of the year by none other than Harshdeep Kaur and Ranjit Bawa. Customers enjoy listening to Harshdeep Kaur’s popular tracks Zaalima and Dilbaro as well as Ranjit Bawa’s Impress and Yaari Chandigarh Waliye on our service.”

Commenting on the development, Bhushan Kumar shares, “Taking MixTape Punjabi Season 2 ahead, we have two of the most talented and powerful voices behind the mic this time. Harshdeep and Ranjeet have crooned to a fusion of two really popular tracks from our label — Laung Laachi and Sheesha. We are extremely thrilled because Laung Laachi has also hit the one billion views mark on YouTube and it is the first song from India to have achieved something like this.” T-Series is already the most viewed channel on YouTube internationally.

Harshdeep, who’s known for lending her voice to songs such as Zaalima, Dilbaro among others reveals the reason behind picking the two numbers. “I chose these songs because I personally love the tune of these songs. Both the songs are extremely melodious and are composed in similar raags, so they blended very nicely together. I really had a great time shooting for MixTape Punjabi S2. There was a live audience while we were singing. That added a lot of energy to our performance. The vibe on the set was superb. The song Laung Lachi is already a chart buster and people love this song, including me. So I had to give it my own touch and I sang it in my own style. I’m sure the audience will love it. You can’t stop yourself from dancing when you hear it. That’s what happened with Ranjit Bawa and me. We did an impromptu Bhangra while performing the mixtape and enjoyed every bit of it.”

While Harshdeep has already been part of the T-Series Mixtape in the past, this is a first for Ranjit. He says, “Laung Laachi is an iconic Punjabi song and Sheesha compliments it so well! These two tracks have come together in a beautiful harmony, creating a mind-blowing Bhangra dance track. This is my first mixtape with T-Series. Harshdeep has done a few mixtapes earlier. I’m so happy I got to sing and perform to this song with her.”

T-Series Mixtape Punjabi Season 2 has been directed by ace directors Radhika and Vina Sapru. Director Vinay Sapru adds, “This episode of Harshdeep Kaur and Ranjit Bawa belongs to the music of Punjab, in the truest sense. Through their performance, they both denote the ethnic and cultural feel of Punjab.

Harshdeep’s voice texture and sound belongs to the hinterland of Punjab. All songs in MixTape have different arrangements. Here, we had tashas, dhols and other Punjabi instruments. This episode is truly for all the Punjabis and everyone out there, absolutely in the wakhra style that the season promises.”