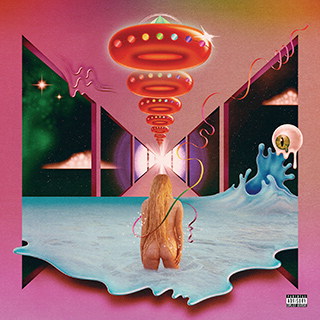 ‘Rainbow’ was worth the wait. That’s the consensus about Kesha’s first album since 2012, out today on Kemosabe Records/RCA Records. In a four-star review, Rolling Stone calls ‘Rainbow’ “the best music of her career,” while Entertainment Weekly gives the album an A- and proclaims it “an artistic triumph.”

Billboard describes lead single “Praying” as a “ballad that tears at your soul” while Consequence of Sound says “no other song in recent memory so perfectly embodies the way in which hope itself is a kind of triumph.” Other reviewers have highlighted songs including “Hymn,” a “powerful outsider anthem” (Rolling Stone); the “feminist battle cry” (Mic) of “Woman”; “Hunt You Down,” which PopCrush describes as “far more authentic than anything currently playing on country radio”; and “Learn to Let Go,” “the most carefree, uplifting song we’ve heard from her” (Jezebel).

The “Rainbow” video – shot by Kesha’s brother, Lagan Sebert – takes fans inside the recording session at LA’s Capitol Studios. They see her talking with the French horn player for the session and working through the harmonies of the song’s chorus with her background singers. Kesha recorded “Rainbow” live to tape with musicians including producer Ben Folds on piano and a string orchestra.

Tags:
Previous Article
SABGROUP pays homage to our 71st Independence Day
Next Article
The UK’s most outrageously spectacular sheds fight it out for top honor of ‘Shed of the Year’