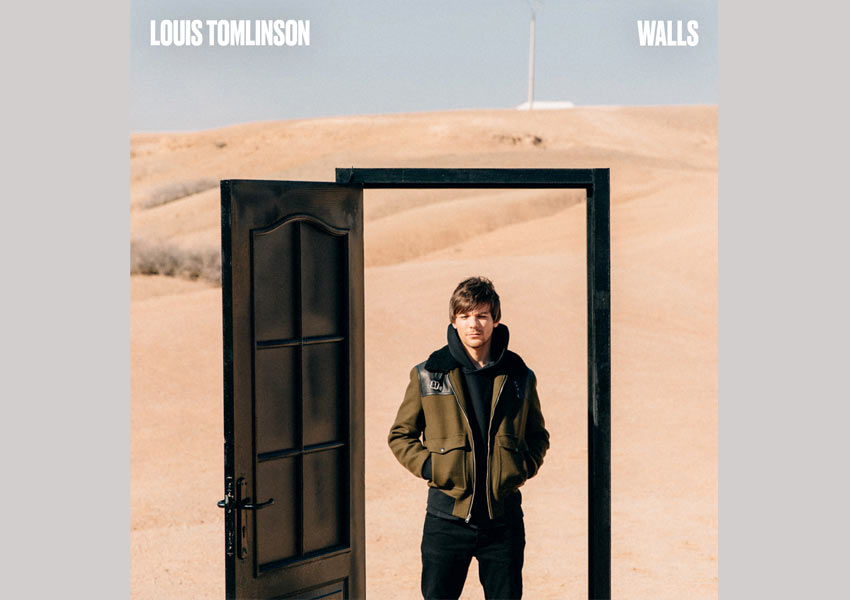 Louis Tomlinson returns with a brand new song ‘Walls’.  Louis says: “It’s about coming home having been on tour, soon after the band had split. I found some of my girlfriend’s clothes in the cupboard and it hit me what I’d done. I love the indie sound of the song and its circular nature – it opens and closes with the same lyric.”

That lyric – ‘Nothing wakes you up like waking up alone’ – shows Louis’ progression as a songwriter ready to reveal his vulnerable side. ‘The day you walked away was the day I became the man that I am now,’ is another. “I pretend not to be romantic, but I am,” says Louis. “It really hit home when I was in the studio to hear the strings being recorded. There must have been 25 musicians in there, all for my song. It was a proper tearjerking moment already and I’ve never felt a shiver like it.”

Lyrically, he’s rightly proud of all twelve tracks on the album, most rooted in real life, but in particular those that dig deep on subjects ranging from relationships and family to the folly of youth and days of self-doubt. Live, he’s most looking forward to performing the songs that reflect the indierock he grew up on and still adores today.

“I feel like this is the start of my career, with so much to look forward to and all the plans in place,” says Louis Tomlinson. “Honestly, I’ve been through every emotion possible in the past few years and come out the other side stronger and more confident than I’ve ever been. I know I’ve made an album that my fans will like, one that sounds like me and has its own identity. There were times I wasn’t sure if this was what I should be doing. Now I can’t imagine doing anything else.”

2019 was the year that Louis found his feet as a solo artist. He followed his award-winning return in March with Two of Us, which took the tragic loss of his mother as a touchstone and connected with fans around the world, with a run of acclaimed singles – the raucous Kill My Mind, the reflective We Made It and the soaring pop perfection of Don’t Let It Break Your Heart. 2020 is the year that Louis goes live with a 50 date World Tour, his first as a solo artist, with many dates already sold out including all the UK shows. From early March until late July, he’ll be on tour near nightly, crossing countries and continents . Earlier this year Louis headlined the Coca-Cola music festival in Madrid to an audience of 25,000 people, and recently performed to 65,000 fans at Premios Telehit in the Foro Sol stadium in Mexico City.

He also picked up the Best Song Award at the 2019 Teen Choice Awards for his recent single ‘Two Of Us’, which has so far hit 40 million streams on Spotify, with YouTube views at 23 million. In 2018 Louis won an iHeart Award for ‘Best Solo Breakout’, and an EMA Award for ‘Best UK & Ireland Act’ in 2017. He was ranked No.5 on Billboard’s emerging artists of 2018 and has over 60 million combined followers on social media.

As a member of One Direction, Louis Tomlinson has sold over 100 million records. Overall Louis’s solo music has garnered over a BILLION streams.