Make no mistake.. Haan Mai Galat song of Love Aaj Kal is out 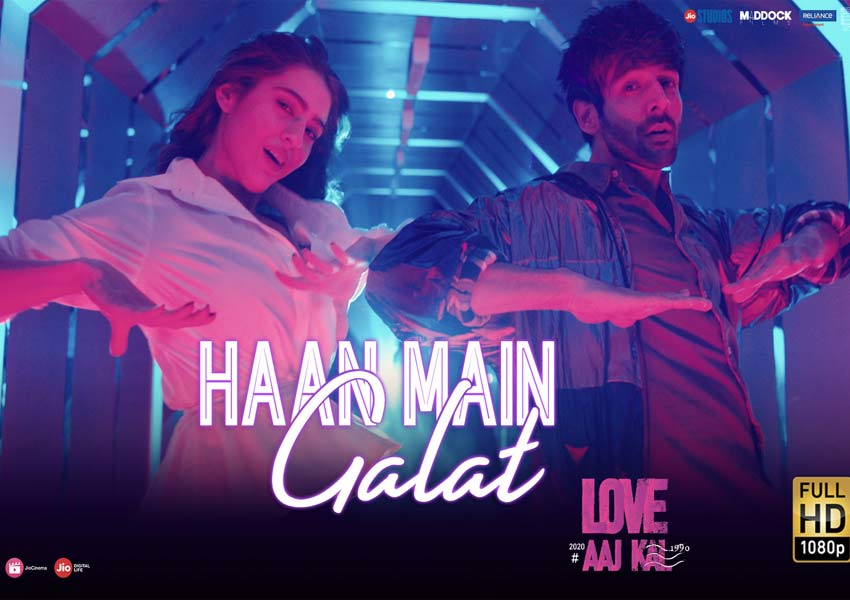 It’s only the start of the year and the party song of the year is already here! Haan Mai Galat , the new song from the Love Aaj Kal soundtrack, is definitely one with a ‘twist’.

Don’t just take our word for it. Dance influencers have been grooving to the song in the lead up to the song’s release, teasing the vibe of the song via the hookstep without actually playing the music. Sony Music India and the makers of Love Aaj Kal made sure the buzz around the song raised to deafening proportions (ironically) without “making a sound”.

And now that the song and the video for it is out, one can’t be overwhelmed with what all the fuss was about.

Pritam’s music has you reliving the ‘Twist’, with lyricist Irshad Kamil, singers Arijit Singh and Shashwat Singh coming together for a party anthem for today’s generation.

Haan Mai Galat goes full-steam YOLO, seeing Kartik Aaryan, Sara Ali Khan and Arushi Sharma owning the fact that one doesn’t need to be perfect or thrust their expectations of perfection on others.

You can be galat and that’s perfectly alright. You can make mistakes… that’s life. Haan Main Galat looks like a lot of fun, but it holds a mirror to what life and love is aaj-kal as well.

Tags:
Previous Article
RED FM Bangalore receives a national media award from The President
Next Article
This Wedding Season, With The Latest Fabric Range By Donear

This Wedding Season, With The Latest Fabric Range By Donear
MediaInfoline Jan 29