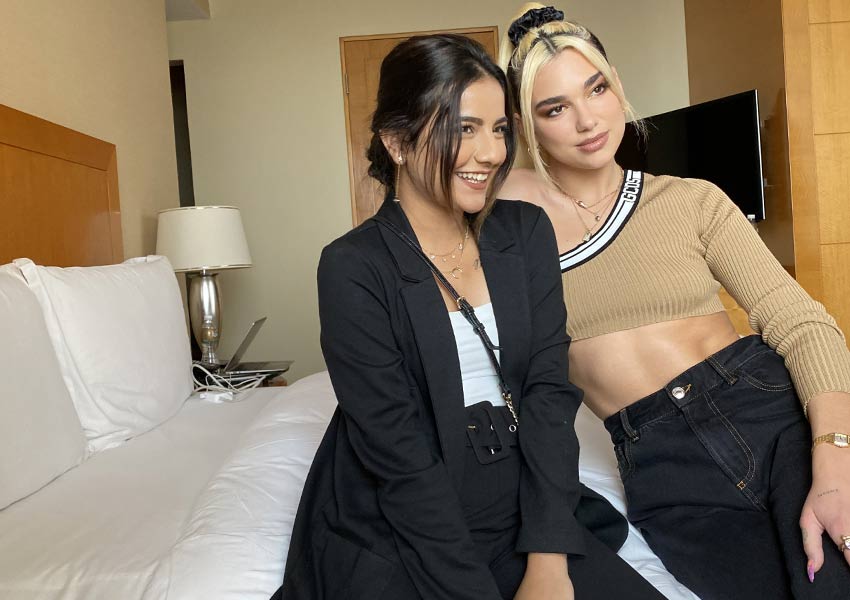 In today’s world, the lines between online and offline celebrities are constantly blurring with every passing day. Thanks to easy accessibility to the internet and smartphones today, social media influencers are getting a chance to share platforms with offline stars and enjoy the same recognition and stardom. One such instance was recently seen and experienced at the OnePlus Music Festival at DY Patil Stadium, Mumbai on Saturday, November 16, when the International pop star and music sensation – Dua Lipa performed to a cheering of thousands. It was at this event that only select five personalities got a chance to spend one-on-one time with the music star. While one of these personalities was the King of Bollywood, Shah Rukh Khan, two others were the most renowned social media influencers – Manav Chhabra and Mrunal Panchal who was accompanied by the Chief Marketing Officer of NOFILTR.GROUP, Prashant Sharma. The NOFILTR.GROUP influencers got the opportunity to spend one-on-one time with Dua Lipa. They welcomed her with the warm gesture of gifting her a Lucknowi Kurti embroidered with Chikankari all over it along with traditional Indian earrings and bangles and a shawl, wrapped together in a hand-carved wooden box.

Talking about his encounter with Dua Lipa, Mr. Prashant Sharma, the CMO of NOFILTR.GROUP stated, “It was a great experience meeting and having a conversation with the international music sensation, Dua Lipa. The lines between offline and online celebrities is getting blurred. The importance of social media Influencers is being recognized in the music industry and Mrunal and Manav Chhabra sharing the same space as Shahrukh further strengthens our belief in them.”