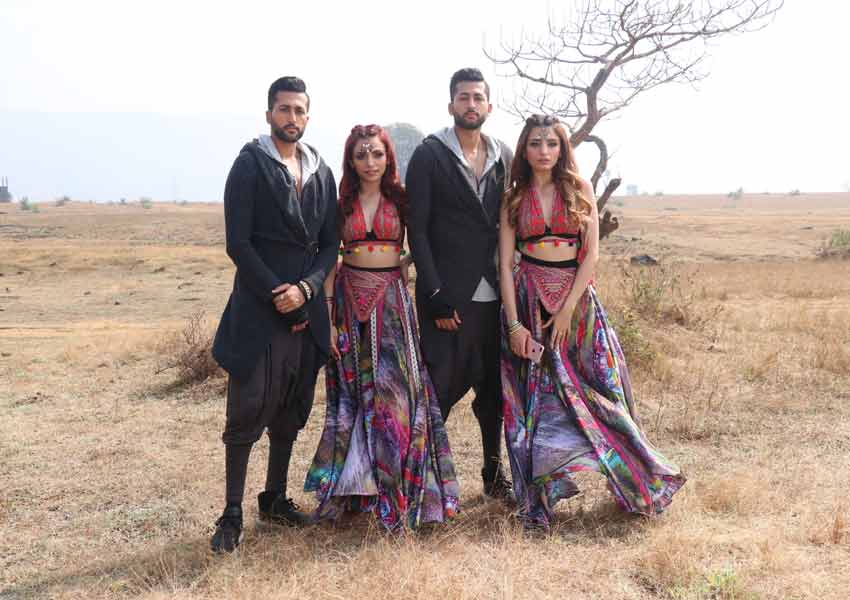 It isn’t everyday you see two pairs of identical twins in a music video. Rarer still that all four are singers. But with Mashallah (God willing), it’s happening all at once. International act THEMXXNLIGHT’s latest collaboration will feature India’s twin singers Sukriti and Prakriti Kakar.

Produced by Sledgren, Chris Dreamer & CHARGER and composed by the Kakar sisters & THEMXXNLIGHT, this song is packed with passion and sensuality with a mix of Punjabi, English and a touch of Arabic lyrics, giving it a truly global appeal.

This marks the Kakars’ first international collaboration with Luv & Kush (THEMXXNLIGHT), Indian-origin twins who hail from The Bay Area, California.

Mashallah (God Willing) is a dancehall romantic single blending in to create a global crossover sound which sonically traverses through multilingual lyrics. The video captures THEMXXNLIGHT in a glamorous avatar bringing energy and passion along with some groovy dance moves by the Kakar sisters.

“We are so excited to release our debut single “Mashallah” with Sony Music India featuring identical twin singers Sukriti and Prakriti Kakar, produced by legend Sledgren of Taylor Gang,” say Luv and Kush. “Through this partnership, our goal is to successfully bridge the gap between the Indian and American Music Industries and shine light on the talent and the unique sounds that India has to offer,” they add.

“This is our first international collaboration with Sony Music India and we are excited to share this song with our Fans worldwide. What was very interesting also for us was that we all came together and shared very similar musicality and wavelength,” say Sukriti and Prakriti.

Tags:
Previous Article
MUBI partners with Sony to bring 100 films to its MUBI world channel
Next Article
The new iConnect™ Active by Timex to take the smartwatch selection