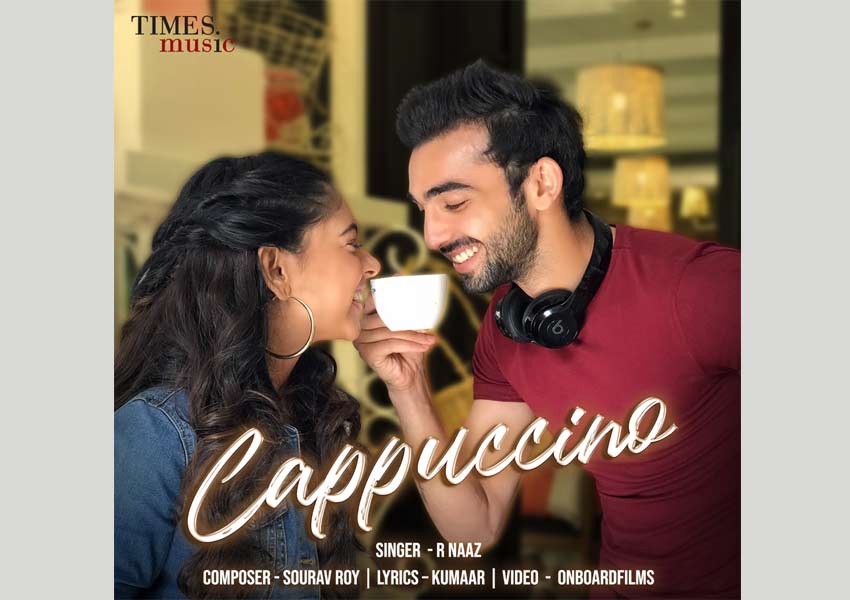 Times Music exclusive release ‘Cappuccino‘ is a beautiful, young and peppy song featuring Niti Taylor and Abhishek Verma. The song composed by Sourav Roy, sung by R Naaz and written by Kumaar, is very refreshing to hear, and takes you back in time to that first feeling of having butterflies for someone.

The music video done by OnBoard Films shows a sweet, innocent love story between two very young people. The lyrics are so beautiful – in the song the girl says that the boy has the effect of a ‘Cappuccino’ on her. Just like how coffee jogs her brain and keeps her awake at night, the thought of the boy is affecting her the same way.

“Cappuccino was love at first listen. The song would play on loop for me and it’s hard not to smile when you are listening to it. Shooting the video was absolute fun, especially with Abhsishek Verma and OnBoard Films. The whole team has worked so hard to put it together, it makes me really happy,” said Niti Taylor.

“The song is so beautifully put together, it has such an infectious energy! The vibe of the track and the beats are super. Then, couple it with working alongside Niti Taylor, it was a party shooting the whole thing,” said Abhishek Verma.

Sourav Roy has worked as a music producer in songs like ‘Hawayieen’, ‘London Thumkda’, ‘Girlfriend Boyfriend’ and many more. He is a pro at what he does and ‘Cappuccino’ is a testament to that. Kumaar is well-known for hit songs like ‘Baby Doll’, ‘Chittiyaan Kalaiyaan’, ‘Sooraj Dooba Hai’ and many more. R Naaz is a Punjabi folk singer and it’s just amazing how her voice fits like a missing puzzle piece to uplift this contemporary track.