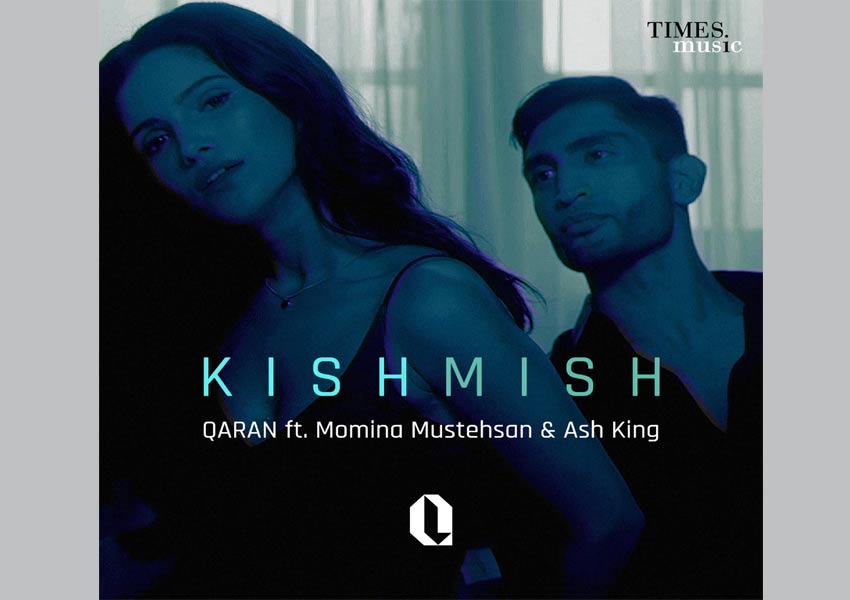 Ash King and Momina Mustehsan unveil their first ever single together called – ‘Kishmish’. An upbeat, sensuous, and romantic number, Kishmish has been beautifully composed and written by the budding composer-producer-lyricist  Qaran Mehta along side Siddhant Kaushal. The music video is now available on Times Music YouTube channel.

The music video features Qaran himself alongside the glamorous Miss India Grand International 2015 Vartika Singh in a hot, ravishing, and a never-seen-before avatar! The romantic storyline is also in-sync with the beautiful lyrics of the song. Ash and Momina’s sensuous, engaging and mesmerizing voices instantly strike a chord. Moreover, Qaran and Vartika’s sizzling-hot chemistry has truly added a charm to the video.

On asking about the song, Ash King said, “The song has been brilliantly composed by Qaran. It promises to instantly elevate one’s mood and take them down the lane of romance. Kishmish also has a very new and refreshing touch to it, which we’re hoping will be loved by everyone. I thoroughly enjoyed recording the song and hope to collaborate with the team again in future.”

“After the huge success of Tareefan, I’m really excited about the release of my new song ‘Kishmish’ with Times Music. Both Ash and Momina have sung it so beautifully that the song is stuck in my head and I just can’t stop humming it. I hope our audience appreciates our efforts and showers their love to the song just like they’ve done in the past!,” says composer Qaran Mehta.

On this Momina said, “I am extremely thrilled to be a part of this beautiful, sensuous number. The song has completely hooked me to its afresh and amazing tune. I just hope it becomes one of the most popular groovy romantic numbers of this season!”

Kishmish is available on Times Music YouTube channel and Gaana app for people to enjoy!