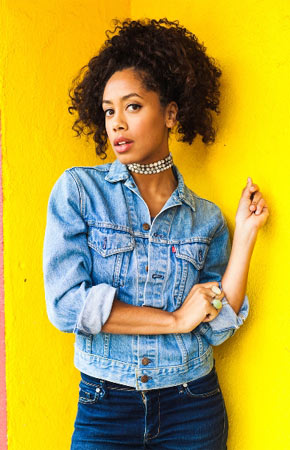 Globally recognised as a festival that pushes future-facing sounds from India and around the world, Magnetic Fields has come to represent an exciting vision of modern India. Red Bull Music Academy – a global institution committed to fostering creativity in music – will take over the North stage of the festival for the third year running, for a showcase that brings together Academy alumni and artist affiliates from around the world. The talent on display reflects both Magnetic Fields’ ethos of exploration and the Academy’s continued commitment to celebrating music, its culture, and the transformative minds behind it.

Hosted in a 17th century palace-turned-hotel, Alsisar Mahal, the festival will be held from December 15 – 17 this year. Tickets and accommodation packages are available at tickets.magneticfields.in.

The first wave of artists featuring on the stage include:

Over the past five years, Ben UFO has acquired a deserved reputation as one of contemporary dance music’s most daring and wide-ranging selectors, with his keen ear and razor-sharp technical abilities enabling him to cut between eras, lineages and mixing styles with dazzling ease and fluidity.

Having cut his teeth in early dubstep and drum ’n’ bass, his roots lie in UK rave culture – yet his selections cast the net wider, drawing new mutations of this culture into the orbit of house, techno and other global dancefloor sounds. In the club, his sets somehow manage to be simultaneously considered and raucous, sliding from sidewinding broken rhythms into an irresistible four-to-the-floor groove, or broadsiding you with unexpected tangents, old favourites and bizarre secret weapons.

Ben UFO’s development as a DJ has been inextricably linked to the maturing of Hessle Audio, the label he co-founded in 2007 alongside Pearson Sound and Pangaea. Just as dubstep was starting to unfurl into a sprawling, globalised festival sound, Hessle Audio, in stark contrast, emerged with a strikingly focused, spacious and percussive aesthetic. As the scene continued to unravel, they went on to become one of the most coherent focal points within a rapidly diverging UK dance music community, through their DJ sets, label releases and radio shows on London station Rinse FM.

DJ and producer Jayda G has been reaching out. She’s from Vancouver, Canada, but has moved back and forth between her hometown and Berlin, released her first record last year on the Australian label, Butter Sessions, and started a label with Sex Tags Mania label founder, DJ Fett Burger, called Freakout Club, inspired by the Vancouver party of the same name that they ran together. As a pair, they’ve collaborated on the NYC Party Track EP, but as a solo producer, Jayda’s own Jaydaisms EP, released in February 2016, showed us how she’s laying the groundwork for her own vibe. It’s house music at it’s core: full of joy, sass, groove and sunshine; a love letter to old school jams that keeps it fresh at all times. In her Choice Mix, Jayda G reaches for music that inspires her, and blends it all with a playful flair that has us smiling from ear to ear.

Special Request is the new rugged alias for house and techno stalwart Paul Woolford. Inspired by the unruly conventions of UK pirate radio stations, this project captures the raw energy and diversity of the illegal airwaves and uses this as a springboard of inspiration for a series of heavyweight productions that span from murky house through darkside techno to chaotic eye-of-the-storm hardcore/jungle tear-outs. The end results are incendiary.

The Leeds native is usually known for his techno-based material and has become affiliated with Carl Craig’s Planet E label in Detroit and also Scuba’s Hotflush imprint. However, this new moniker serves as a channel for a much more physical, rough around the edges sound, fusing the energy of the hardcore and jungle wonder years with modern production techniques and a seriously heavy aesthetic. As the producer put it himself “Special Request is the roughage, the rowdy younger brother” of his previous Paul Woolford output.

Stalvart John found his home in electronic music a decade ago when he discovered artists like Fatboy Slim, Prodigy, and Robert Miles. He found appreciation from audiences across the globe in no time, thanks largely to his radio shows, which include Frisky Radio (NY), Afterhours FM (SFO), Tenzi.fm (India), and Powermix FM Radio (UK).

Having contributed to Kerala’s electronic music scene with a series of gigs across the state, Stalvart John then moved to Bangalore in 2015, where he found a new comfort zone in techno and disco infused house music. His debut record was released on Indian label Wind Horse Records, followed by a contribution to a compilation on the German label Mind Field Records. His most recent EP, Intro To Doom Island, was released in August last year.

The theme for this year’s edition of the festival is ‘laws of attraction’, exploring the fine and beautiful line between philosophy and science apparent with the laws of attraction, and centred on the hypothesis that we are all connected.