Royal Stag Barrel Select MTV Unplugged is back with Season 5 to spread the lyrical fervour among music lovers across the country. An enthralling musical experience where some of India’s most talented artists experiment and perform the biggest chartbusters, live on stage, Royal Stag Barrel Select MTV Unplugged aims to captivate the entire nation into its magic once more and explore a spectrum of musical genres. After a rocking start in Nagpur, followed by a sensational continuation in Goa, a mesmerising musical celebration at Kolkata, the multi city tour has now reached Mumbai with the celebrated and multiple award winning Bollywood Music Director, Composer and Singer, Pritam.

Royal Stag Barrel Select MTV Unplugged showcases India’s biggest musical maestros performing their chart topping numbers that have swayed the nation in their most natural forms – with acoustic arrangement of music and a live studio performance without any post production. This season, audiences are in for a treat as some of the biggest musicians of today will be seen performing unplugged music for legions of fans. The line-up this year includes immensely successful musical geniuses such as Jeet Ganguly, Sukhwinder Singh, Hariharan, Ayushmann Khurrana, Papon, Siddharth Mahadevan and Swarathma who have proven their mettle in the Indian music industry with songs that refuse to fade into oblivion.

Royal Stag Barrel Select MTV Unplugged Season 5 in Mumbai  witnessed an enthralling performance by one of Bollywood’s most iconic and skilled music composers Pritam, who is the winner of multiple IIFA, Filmfare, Cine and Screen awards. The acclaimed music composer has composed Blockbuster hits for more than 100 Bollywood movies including ‘Dilwale’, ‘Bajrangi Bhaijaan’, ‘Barfi,’ ‘Dhoom’ and ‘Jab We Met’ and is best known for his compositions like ‘In Dino’, ‘Lat Lag Gayee’, ‘Tera Hone Laga Hoon’, ‘Tum Se Hi’ and many more. Royal Stag Barrel Select MTV Unplugged provides the artists a platform to showcase their calibre, courage of experimentation and their dream of achieving musical perfection. Pritam’s skill as a music composer will come to the fore through the passion and intensity of his sensational music creations.

All set to spellbind audiences across multiple cities, Royal Stag Barrel Select MTV Unplugged Season 5 captures the essence of the brand “Make it Perfect” as the artists endeavour to strike perfect chords of music amongst their fans. The tour aims to grasp that desired height of accomplishment in music which connects one heart to another through its series of unplugged concert. 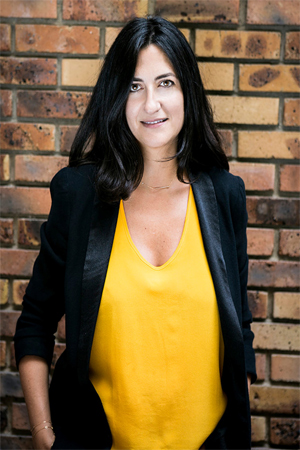