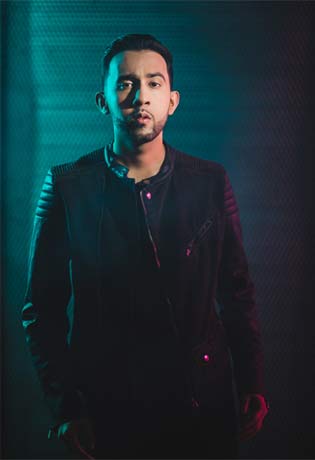 Saavn, India’s leading audio streaming service today announced the release of Vibe by Canadian Artist, The PropheC, as part of its Artists Originals (AO) initiative. Vibe is a smooth Punjabi-pop track that has gone live on Saavn and all global platforms today.

Vibe follows the success of Saavn’s previous AO release, Bom Diggy. Having launched in September of 2017, the track garnered over 28 million streams on Saavn, as well as 40 million views across YouTube and other streaming platforms.

The PropheC has collaborated with Saavn’s Artist Originals for this catchy track and accompanying music video that showcases his trademark sound in a totally new light. The video for Vibe leverages distinct visuals to create a dark and mysterious aura. Listen to the song on Saavn here.

The PropheC said, “The inspiration behind the song “Vibe” was to make something current with a more atmospheric and wavy sound. I wanted to showcase my ability to do different flows while maintaining my signature sound.” Talking about his association with Artist Originals, he added, “Artist Originals and Saavn is the perfect platform to launch the song because they believe in interacting directly with the artist and provided a unique approach to pushing the song. There has been a lot of communication and understanding to make sure we do something different to stand out from what everyone else is doing.”