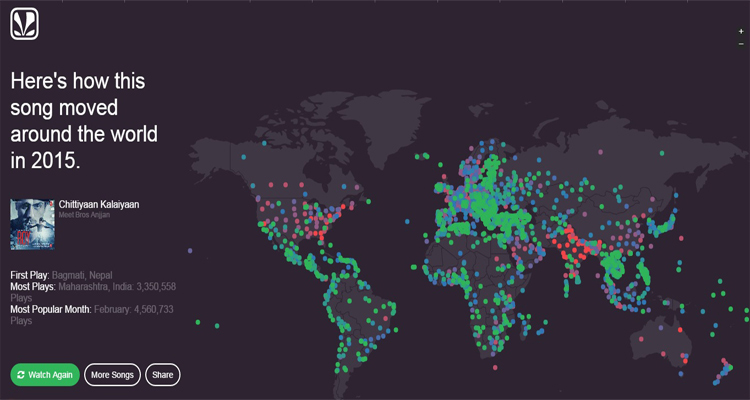 Saavn, India’s leading music streaming service, today released their much-anticipated annual infographic “Speed of Sound.” This year, the company examined a year’s worth of streaming data to explore how 2015’s most popular songs traveled across India and the world.

“Speed of Sound” lets viewers see how their favorite songs traveled across the globe, with details on where the song was first streamed and where it was played the most, along with the month that saw the maximum streams. The interactive feature includes Saavn’s top five most-streamed songs in Hindi, Tamil, Telugu, Urdu and Punjabi, as well as the top six most-streamed songs in English.

The infographic uses small colored dots that appear chronologically on a world map to mark an area’s first listen. The graphics for Western songs focus on India, illustrating a song’s movement, often from urban centers outward to rural areas. From the map, viewers can easily see how songs spread across the globe in popularity, along each song’s most popular month and location.

Some of the well-known Indian chartbusters were first streamed outside India. Popular Punjabi song “Jaguar” was first heard in Nevada, USA, “Chittiyan Kalaiyaan” was streamed for the first time in Nepal, “Mitti Di Khushboo” in Stafford, UK, and “Sooraj Dooba Hain” in California, USA. Maharashtra, Delhi, and Punjab were the top three regions with the maximum songs streamed across the world by Saavn users.

“With over 18 million listeners across 150 countries, Saavn can access enormous amounts of data to tell clear and compelling narratives about the consumption of music, not only in India, but across the globe,” said Gaurav Sharma, Head of Data Sciences, Saavn. “Our brilliant data and creative teams have brought the spread of music to life with this latest infographic.”

“Speed of Music” can be accessed at http://wow.saavn.com.

Romantic & Dance numbers were hits among Saavn listeners in 2015. The top song in Hindi category was the peppy “Chittiyaan Kalaiyaan” from Roy. In English, “Love Me Like You Do” from Fifty Shades Of Grey led the pack, and in Urdu “Ballay Ballay” by Shiraz Uppal and Harshdeep Kaur was the year’s top hit.

Bollywood was the top-streamed category on Saavn, while the top trending artists were Meet Bros., Arijit Singh, and Yo Yo Honey Singh. The top artists in English were Ellie Goulding, Wiz Khalifa, David Guetta, and Maroon 5. Other artists like Ayushmann Khurrana, Anirudh Ravichander, and M.M Keeravani created a remarkable wave in regional music. 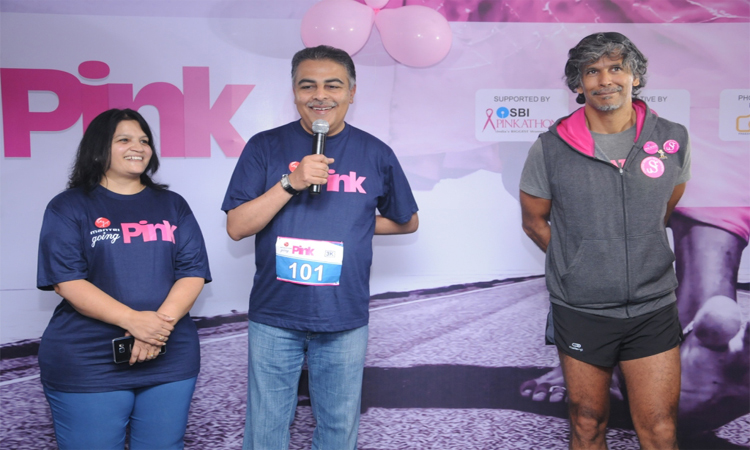