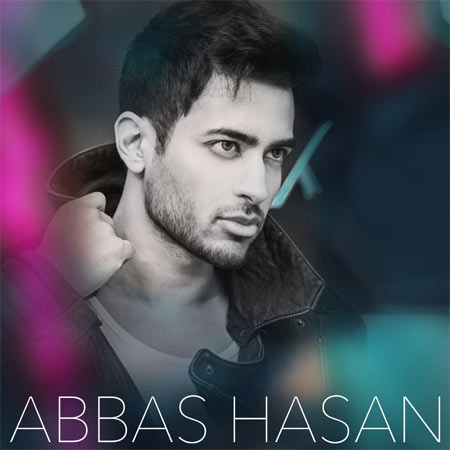 He says that music affects the way we live. Our thoughts, our joys and sorrows, the way we think and the way we dance; all of it moving to the unending melodies and patterns of the soundtrack of our lives. Holding a penchant to entertain the audience with some of the finest pieces of art work – Abbas Hasan is back with a bang after signing a record deal with one of India’s top record labels, the Canadian French heartthrob is about to release his new single entitled “Akhiyaan Teri”. The song brings a fresh and acoustic sound blending acoustic guitars with eastern accompaniments alongside playful lyrics and vocals. In true Abbas Hasan style, the song is a mixture of English, Hindi-Urdu, and this time fans will also hear him sing in Punjabi for the first time.

The number is high on its musical richness, its subtlety and its uncanny ability to reach deep within the hearts of the audience.

As a protégé of Rishi Rich, Abbas Hasan is known for writing his own songs. The song marks Abbas Hasan’s first collaboration with the One Touch Productions team including the composer Abhi D., instrumentalist Sahil Syndicate and music producer GK. Naamlessis also credited as an additional musical producer on the project.

Abbas Hasan is best known for the powerful imagery that always accompanies his musical works, ranging from the film noir vibe in “Habibi” to the glossy cinematic “Away”. “Akhiyaan Teri” takes a completely different direction from the dark visions of obsessions in his previous video “Sweet Girl”. The PAIFMA-Awards ambassador shot his new video on the golden beaches of Santa Monica in Los Angeles, and features Abbas Hasanopposite Latin American model Yoli. The video is directed by ZANE, best known for his current collaborations with top international artists including Lebanese pop-diva Haifa Wahbe.

As Abbas Hasan’s signing with ZEE Music makes headlines around the world, Anurag Bedi, the head of ZEE Music Company stated “ZEE Music is all about finding the fresh and exciting talent of tomorrow, and we are thrilled to have Abbas Hasan as part of the ZEE Music family. His French, Spanish and other multi-lingual flavours along with his musical talent and looks make him a very unique artist and we look forward to everything that is to come.”

Regarding the track “Akhiyaan Teri”, Anurag Bedi elaborated “ZEE Music is excited to release ‘Akhiyaan Teri’. Abbas Hasan’s European-Mediterranean guitar influences are evident as he performs his first song combining Punjabi with English/Hindi-Urdu. The video was shot in Los Angeles and captures the mellow summer love vibes of the song.”

When asked about the deal, Abbas Hasan stated “I’m thrilled about my partnership with ZEE Music India. The team have been so amazing to work with and I can’t wait to take you all on a new journey. It’s been a really exciting year so far with a lot of hectic traveling, and I know my fans have been waiting patiently so it’s really exciting to finally be able to share “Akhiyaan Teri” with everyone.”

He further elaborated on the song “I wanted to capture that mellow summer love essence into the song so my fans can journey to the golden beaches with me. It’s about that playful love that you just can’t stop thinking about.The music and instrumentation is a blend of acoustic guitars and pianos along with eastern instrumental accents to bring that feeling to life.”

Akhiyaan Teri releases internationally on the 25th July and will be available to buy on iTunes, Google Play. The song will also be available for streaming on Saavn, Gaana, Wynk, Reliance JIO and other quality streaming services.

Tags:
Previous Article
Get ready to witness the birth of the world’s first start-up on television with Dropout Pvt. Ltd., only on MTV
Next Article
FlowersTV now exclusively available on YuppTV, in North America