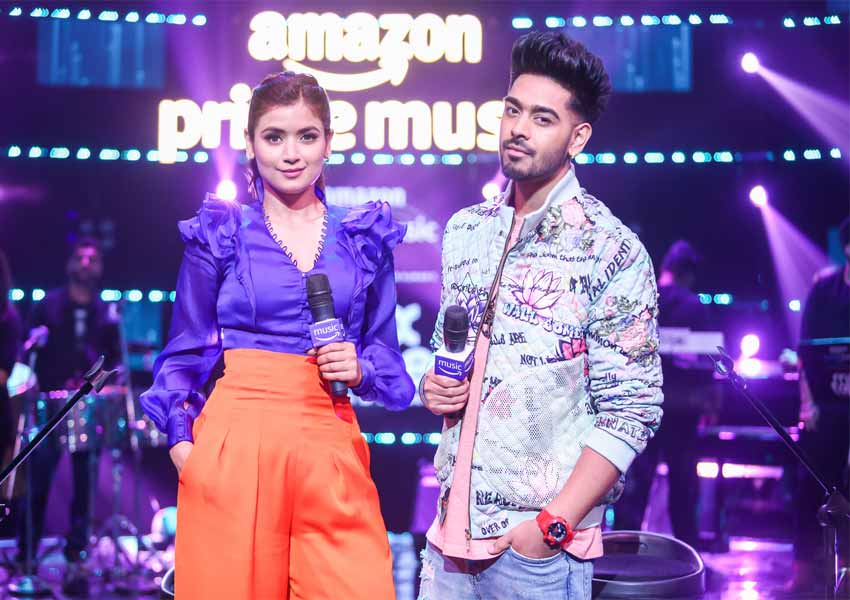 With something for everyone, T-Series’ MixTape Punjabi Season 2, presented by Amazon Prime Music and produced by Bhushan Kumar has so far showcased five brilliant mixes by super talented and popular singers, all of which have met with unprecedented appreciation. The latest track – a beautiful mix of ‘Main Teri Rani’ and ‘Photo’ from the house of MixTape Punjabi is certainly the “youngest and coolest track” as director duo Radhika Rao and Vinay Sapru describe it. Prime members will simply have to say “Alexa, play MixTape Punjabi” to listen to the latest MixTape Punjabi song on Amazon Prime Music.

Sahas Malhotra, Director, Amazon Prime Music, said, “We are delighted to offer yet another exciting performance on the latest season of MixTape Punjabi on Amazon Prime Music, along with the benefits of an ad-free, voice enabled listening experience. Prime customers enjoy songs by ShipraGoyal on the service, including the soulful Ishq Bulava and Main Teri Rani, while also jamming to Karan Sehmbi’s popular track Photo.”

For those who have enjoyed listening to the original songs by Karan Sehmbi (Photo) and Shipra Goyal (Main Teri Rani), they can vouch for their similarity in terms of their composition.

Director Vinay Sapru informs, “It’s certainly the youngest and coolest track of MixTape Punjabi Season 2. The songs complement each other so well that everything falls in place beautifully. The arrangement by Abhijit (Vaghani) is fabulous and he just kept it very minimal, giving a nice romantic and fun feel to it. Styling wise, we wanted very pop colours for the singers so that it complements well with the light and mood of the song. The guitar piece in the song is just fabulous. All the MixTape fans are going to love and enjoy this song.”

Shipra Goyal, who has already been part of the first season, says, “It’s really interesting shooting for season 2 since the entire format has been changed. It’s looking so nice and appealing. Radhika ji and Vinay sir have worked really hard behind the scenes to ensure it looks the way it does. I’m grateful to T-Series for giving me and all the other singers a popular platform to showcase our versatility and an opportunity to mix our favourite songs and sing them live in front of the audience. I felt the combination of these two songs was sounding good and that’s why I recommended mixing these two songs.”

Karan Sehmbi adds, “The overall graph of these two songs is quite similar, be it the raag or the feel. Interestingly, both the songs are written by the same writer (Nirmaan). This is my first time with MixTape and I thoroughly enjoyed the experience which was quite lively. There’s a difference between singing in a studio set up and live in front of the audience, having an unplugged feel to it. I hope the MixTape season goes on forever.”