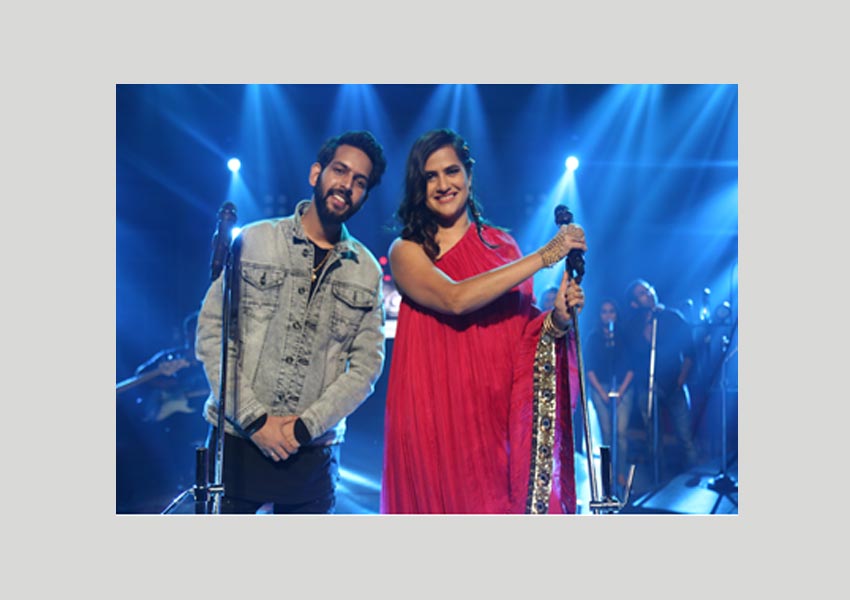 The Season 1 of Oriplast Originals has started streaming on SVF Music with a bang! While mind-blowing feedback and positive responses are pouring in for Aajo Cholechi by Papon & Shalmali Kholgade, Oriplast Originals is already set with its next track. Mon Ke Bojhai composed by Gaurav Chatterji and sung by the powerhouse Sona Mohapatra featuring Sahil Solanki, someone she has mentored in Sa Re Ga Ma Pa, as a judge on the show.

MonKe Bojhai marks the first collaboration of Sona and Gaurav and it also is her first recorded Bengali track. The beautiful number is a musical journey of two souls from different regions who are set to get married. It’s a rendition of Bengali and Qawwali (Semi-Classical) in the form of Raag Darbari. The music production is kept synthetic with a mix of earthy and modern instruments to highlight a distinctive soundscape.

Spearheaded by SVF and Ori-Plast Limited, Oriplast Originals is the biggest Bengali music collaboration to happen for the first time with 16 artistes from all over India along with 7 composers. These two leading companies, in their own sectors, have joined hands to create Bengal’s first branded original content bringing forth 10 songs in Season 1 to pipe hot music into our playlists.

Talking about Mon Ke Bojhai, Sona Mohapatra said, “Singing, shooting for Mon Ke Bojhai was an exciting experience. Not only was this a fantastic opportunity for me to collaborate with an amazing new composer Gaurav Chatterji, lyricist Roshni Saha & singer Sahil Solanki whom I mentored as a judge on the TV show Sa Re Ga Ma Pa but it also puts a spotlight on my favourite kind of music, rooted, authentic, full of soul & infectious joy! Oriplast Originals is a unique project coming out of Bengal with artistes and composers collaborating for the first time to bring forth original music, a gift of the best kind to genuine music lovers across the world.”

Sahil Solanki loved singing with his mentor. He said, “My song Mon Ke Bojhai with Sona ma’am from Oriplast Originals is streaming now. I cannot thank Gaurav Chatterji and Sona ma’am enough for giving me this opportunity. It’s a wonderful initiative by SVF Music to give regional music a global platform. I hope audience will love the song as they will get to hear an awesome infusion they have never heard before.”

Gaurav Chatterji, the man behind this soulful rooted track, said, “Just like the song says – “Mon Ke Bojhai…my heart is jumping with joy and soul is restless. I have been eagerly waiting for this moment. Thank you SVF Music for making the song come alive! Thank you Oriplast Originals for making me a part of the first season!

Gaurav started his journey with the music video for Vikram Bawa called “The Long Show” which was nominated for IIFA in the Best Music category. Apart from famous advertising jingles for Make-Up brands and many more, he has also given music for short films produced by Anurag Kashyap.