Sonu Nigam Collaborates With Natalia Lesz for “Fire In The Sky” 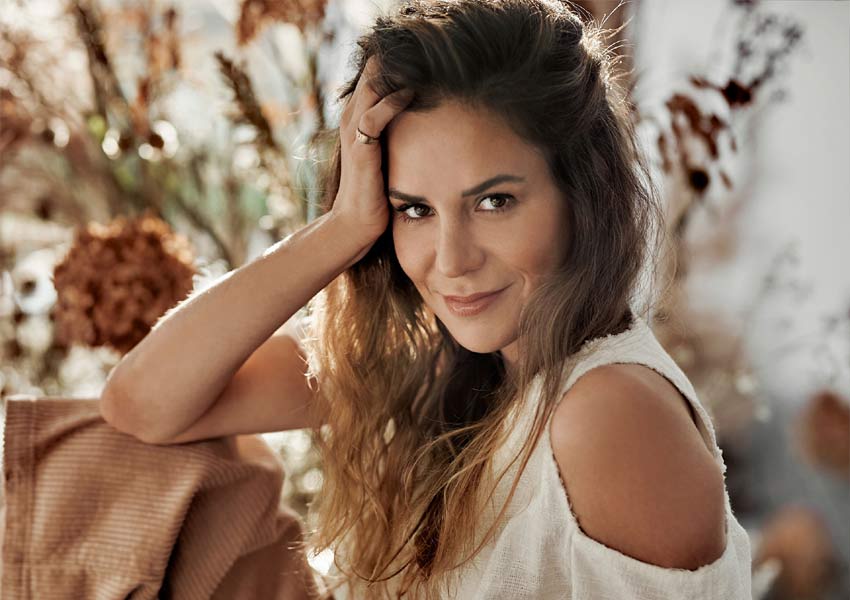 The collaborative single takes you on a magical journey with its soaring melody and grand production. The heart-tugging lyrics are simple yet deep with both voices complementing each other beautifully. The official music video, directed by Rahul Sud,  featuring both Sonu Nigam and Natalia Lesz, forms the perfect accompaniment to the song with its spectacular visuals and subtle story line.

Says Sonu Nigam on the song, “Having been in the business of entertainment for more than 42 years now, and having had the pleasure of collaborating with the best talents and brains in our world, I have reached a point where only people and work that touches my soul, is what interests me. Thus, collaborating with Natalia Lesz for “Fire in the Sky”, has been a very lovely experience. A beautiful song and a talented co-singer, and the best part is this song is absolutely different from anything that I have been associated with as yet. Besides, I’m very happy that the song is being worked by Sunil at 9122 Records who I’ve worked with before and know him for almost 7 – 8 years. He really understands the business of international music.”

Natalia Lesz says, “I’m so excited to be part of this special project and grateful to Sonu Nigam for sharing his incredible talent with me. It’s been a wonderful journey putting it all together – right from the song to the music video and I’m so happy the way it’s all turned out. Can’t wait to get it out to the world! Also a big thank you to Sunil at 9122 Records who’s been instrumental in making this project happen right through.”

Says Sunil D’Sa, Founder, 9122 Records, “I’ve always been a huge fan of the great Sonu Nigam who is by far still the #1 voice in India! It’s been a privilege to work with him on this project and I can’t thank him enough for giving me this opportunity. Natalia Lesz has been an absolute pleasure to work with…a powerhouse of talent: actress, ballet dancer and singer / songwriter. “Fire In The Sky” is indeed a Special song from two Very Special artists. We at 9122 Records will do everything it takes to showcase the song in the best possible way to a global audience. This is contemporary pop music at its very best”.

Popularly known as ‘The Voice of Bollywood’ and ‘The #1 Voice in India’, SONU NIGAM is a legend in his own right, enthralling audiences worldwide through his music for over 3 decades. With a plethora of accolades to his credit, millions of followers across his social media handles and sold out concerts all over the globe…you’d feel Sonu has achieved everything.  However, not one to rest on his laurels, he is all set to surprise his legion of fans worldwide with the release of his first original International collaborative single “Fire In The Sky” with the talented Natalia Lesz.

The versatile Natalia Lesz, has released two studio albums to date. Her self-titled debut `Natalia Lesz’ (2008), was produced by hit makers Greg Wells (Celine Dion, Mika, One Republic, Katy Perry) and Glen Ballard (Celine Dion, No Doubt, Alanis Morissette, Annie Lennox, Shakira, Michael Jackson). The album spawned the hit “Power of Attraction”, that hit #24 on the U.S. Billboard Music Charts.  Her subsequent album `That Girl’ (2011) was certified Gold within two months of its release and received rave reviews and media quotes such as, “World-class album”, “Stylish”, “Classy & elegant”. Her music took her on tour to major stages in the US & Europe, besides, also opening for British pop star Mika and the legendary Celine Dion. On the acting front, Natalia graduated from the renowned acting  department at the Tisch School of the Arts, New York University (NYU) as well as from Music Academy in Lodz, from which she holds her Master’s degree. Natalia performed in leading and featured roles on numerous television shows and in films, many of which have been critically acclaimed.

“Fire In The Sky” is available across streaming services exclusively on 9122 Records.