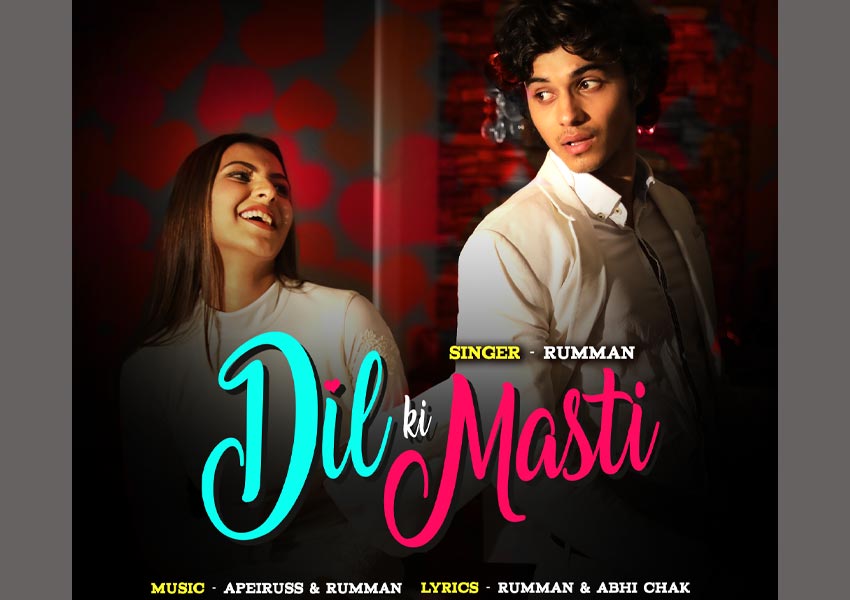 SpotlampE, the platform for original and independent music, has entered the film songs business with ‘Dil Ki Masti’. The Song is a romantic number from a short film Naina Da Kya Kasoor, produced by Bollywood singer Mika Singh. The melodious track is available on the official Youtube channel of SpotlampE and it is also been aired on 9XM and 9X Jalwa.

‘Dil Ki Masti’ is a Romantic Pop song by the talented new singer Rumman. The track is composed by Apeiruss & Rumman and the lyrics are by Rumman & Abhi Chak. The music video is directed by Ali Haji starring young talents Naqiyah Haji and Abhay Verma.

Commenting on the launch of the song MIKA SINGH said “This is my second association with SpotlampE after the super successful launch of my original Belly Ring. Dil Ki Masti is a young melodious track from my short film Naina Da Kya Kasoor. The video depicts the love story of a young boy and girl. I am sure that the viewers will love the track. I can’t wait to bring this tale of love to the audience.”

Commenting on the initiative, Rajitta Hemwaani, Chief Content & Operating Officer, SpotlampE said “SpotlampE has always been an integrated platform for the musical talent. Our repertoire of non-film music has received an overwhelming response from the viewers. With Dil Ki Masti, we are entering into the film song space/business and we hope to get an equally encouraging response from our viewers. The catchy and mellifluous tune of Dil Ki Masti will definitely resonate with the audiences.”

So stay tuned to 9XM and 9X Jalwa and log onto SpotlampE to catch the latest melodious romantic track by Rumman!