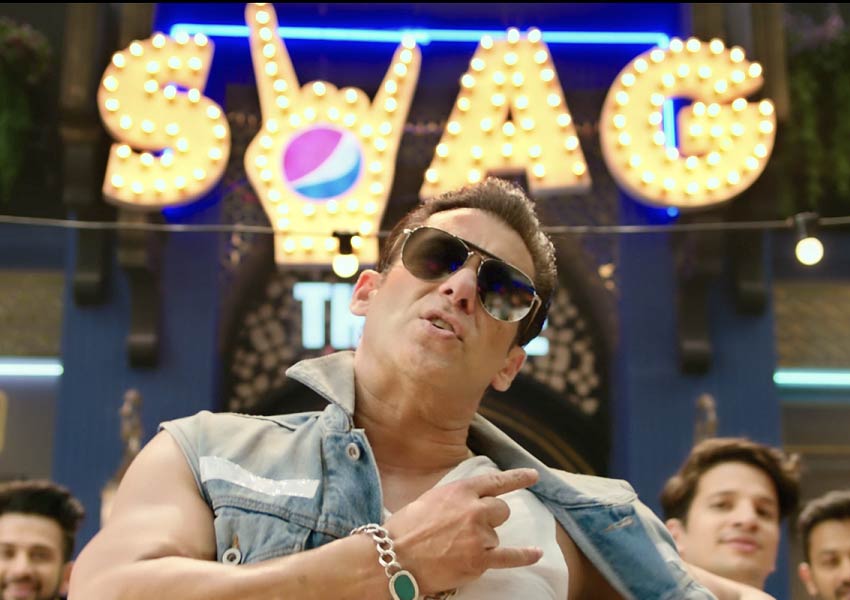 Pepsi launched its Valentine’s Day anthem – SWAG SE SOLO, ahead of Valentine’s day with brand ambassador Salman Khan, which set India ablaze and witnessed massive success with over 100 million views on YouTube in two weeks. Pepsi’s #SwagStepChallenge created a record of 51 billion hits on TikTok and the recent Swag Se Solo challenge had over 5 billion hits with over 50,000 videos. Bringing a unique twist to the Valentine’s Day celebration with Swag Se Solo anthem, Pepsi celebrated the single community and Salman Khan’s mass appeal further fueled the popularity of the anthem.

Pepsi created a unique concept of  rejoicing Gen Z’s attitude towards life and relationship with Salman Khan as a lead. The brand has constantly innovated and reinvented itself to create experiences that connect with consumer passions, be it Bollywood, Music or Sports.

“Salman Khan is known to have a strong connect across generations and genders. His dynamic appeal is equally strong in urban and rural markets as he is a youth icon for youngsters across the nation. This is evident in the unprecedented success of SWAG SE SOLO anthem that was released last week. We look forward to building the brand’s Har Ghoont Mein Swag proposition as one of the largest marketing advertising campaign with Salman Khan in 2020.” – added a PepsiCo India Spokesperson speaking about the association.

Swag Se Solo is the new foot-tapping and lively anthem that marks Salman Khan’s feature in a music single in many, many years and stays true to his style and Swag element.

Pepsi had in the recent past had worked with Salman for his super hit movie integration, Dabangg 3 and created a challenge to don the ‘Dabangg Pepsi®’ shades, which was one of the most successful challenge on Tik Tok, #Swagstepchallenge in India by creating more than one lakh videos.