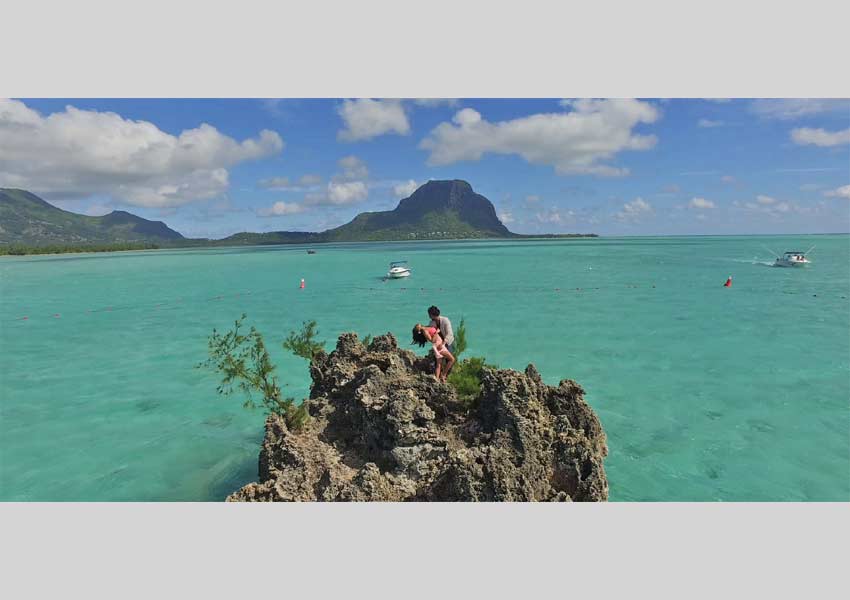 T-Series Artist Akhil Sachdeva, who has given one of the biggest hit to Bollywood in the form of ‘Humsafar’ and has taken the maximum awards for the song featured in ‘Badrinath Ki Dulhania’, is all set to release the most romantic single of the year featuring actress Ruhi Singh. The song titled ‘Nain Na Jodeen’ is sung by Akhil Sachdeva, composed by Rochak Kohli, written by Kumaar and directed by Ashish Panda. This soulful folk song will make you fall in love all over again.

Shot in the picturesque location of Mauritius, the video features artist Akhil Sachdeva and Ruhi Singh in a love chemistry where they are seen reminiscing their beautiful moments. Further talking about the song, Akhil Sachdeva adds, “I was invited for a concert in Mauritius by a leading telecom company. All investors, prime minister and delegates were attending the show and saw our band performing. They really liked my show/music and offered us to shoot my next single in Mauritius. The song has been co-produced by T-Series. I personally enjoy Sufi music and this was one song I always wanted to work upon. It’s one of the rarest composition by Reshma ji and finally when the song fell in lap I was really excited to do it’.”

Singer/composer Akhil Sachdeva’s earlier single ‘ Gal Sun’ garnered a lot of love from his fans and made him emerge as one of the finest musical talent in Indian music Industry. He is excited about his recent release. Akhil’s deliciously inflected voice filled with heartwarming tones is going to melt your heart again with this rendition.

Talking about reworking the song and adding his own touch, Akhil comments, “We have tried to maintain the melody and compositions. This song sounds still very fresh and I’m glad to be working with T-Series and it has worked out pretty well’.

Take a look on the song : here

Tags:
Previous Article
Tata Motors celebrates #DeshKeTruck with a brand new TVC
Next Article
ExxonMobil Announces Its Association With 2.0 As The Energy Partner

T-Series is back with another heart-wrenching number, O Jaanwaale
MediaInfoline May 06

T-Series is back with another heart-wrenching number, O Jaanwaale

ExxonMobil Announces Its Association With 2.0 As The Energy Partner
MediaInfoline Nov 26