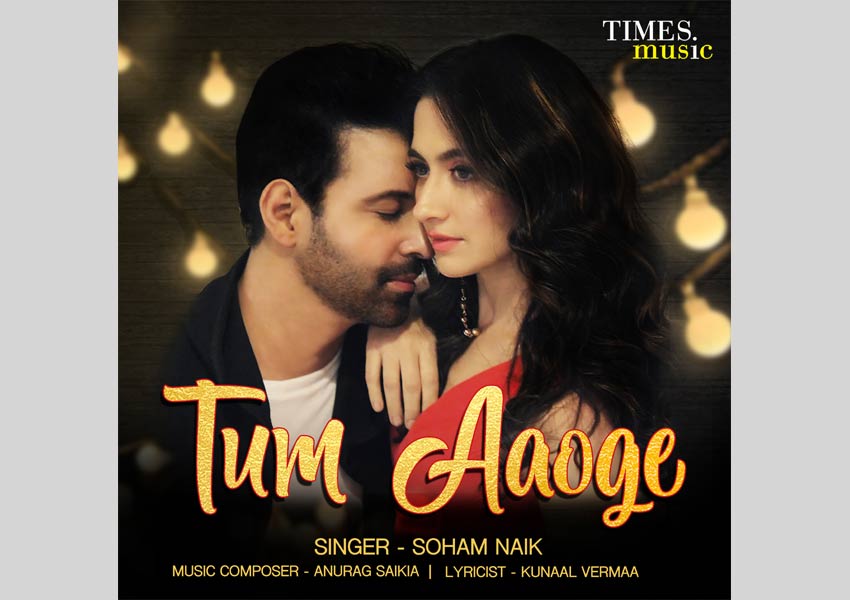 After the back-to-back success of Bas Ek Baar and its sequel song Ajnabee, Soham Naik unveils the final edition of the series ‘Tum Aaoge’! It has been beautifully composed by Anurag Saikia and penned by Kunaal Vermaa. The video features the sensational ‘jodi’ of Indian Television – Aamir Ali Malik and Sanjeeda Sheikh once again in an altogether new and ravishing avatar. The music video is available on Times Music YouTube channel and audio exclusively on Gaana Originals Season 2.

Tum Aaoge is a romantic number. As the name says, Tum Aaoge narrates the fact that we all are destined to be with someone in life. No matter how long it takes, how tough it seems, fate will bring them together, to share their love forever. The meaningful lyrics and Soham’s soulful voice will leave everyone enchanted and spellbound. Moreover, Aamir-Sanjeeda’s chemistry has truly added a charm to the video.

When asked about the song, Soham said, “I am feeling great after recording the third and final edition. As always the lyrics of the song are so meaningful and powerful that I was all pumped up to bring this composition to life. I am really thankful to Anurag sir for considering me part of this project!”

“Tum Aaoge was thoughtfully written and composed keeping “Bas Ek Baar” and Äjnabee” in mind. Kunaal and I brainstormed together and came up with this amazing number. The entire team has put in their hard work in the making of the song. Really hoping that people are going to just love this composition as well”, says Anurag Saikia.

On asking about the shooting experience, Aamir said, “We all were waiting for the final song to happen. Had an amazing experience shooting with my wife Sanjeeda. It has now formed into a brilliant musical series!”

Sanjeeda Sheikh quoted, “Finally we are coming up with the third edition of Bas Ek Baar called Tum Aaoge. Both I and Aamir are super excited once again to see everyone’s response. And of course, Anurag’s composition and Soham’s voice – their appreciation is just beyond words! I am really short of words to express my feelings!