One of the most prestigious music awards across the globe, the 43rd Annual American Music Awards 2015will honour the hits from across genres. Nomination categories this year comprise of Best Pop/Rock, Country, Rap/Hip-Hop, Soul/R&B, Alternative Rock, Adult Contemporary, Latin, Contemporary Inspirational, Electronic Dance Music, as well as categories for Top Soundtrack, New Artist of the Year, Artist of the Year and Single of the Year.

“Keeping with the momentum of the international awards fever, we take pride in showcasing the American Music Awards once again. With the belief in showcasing only the best music & international lifestyle content for our viewers, we are delighted to present yet another grand edition of one of the biggest music nights in the world,”  Ferzad Palia, EVP Viacom18 & Head – English & Youth cluster.

Viewers are in for a double treat as vivacious and glamorous Jennifer Lopez will set the stage of fire with her hosting and sizzling performance.Paying tribute to today’s most influential and iconic artists, the American Music Awards feature over 16 electrifying performances from today’s hottest artists such as5 Seconds of Summer, Selena Gomez, One Direction and many more. 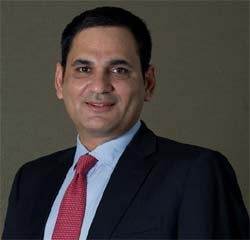