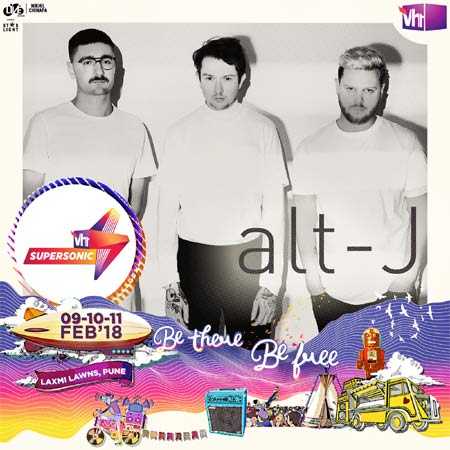 After bringing the best of artists over the years, Vh1 Supersonic definitely doesn’t seem to stop this year. They broke the news of Diplo performing at the 5th edition late week. Vh1 Supersonic continues to excite us with the announcement of their second headliner and its none other than alt-J. While Dilpo is known for his EDM, alt-J is an English indie rock band. This clearly indicates Vh1 Supersonic has stayed true to its word to bring all genres of music to the festival.

The indie rock band alt-J was formed in 2007 and has Joe Newman as the lead vocalist and guitarist, Thom Sonny Green at the drums and Gus Unger-Hamilton at the keyboard. Their debut album An Awesome Wave which released in 2012 won the British Mercury Prize. The band’s unusual sound stems from the fact that due to living in student halls, where noise had to be kept to a minimum, they were unable to use bass guitars or bass drum.

Alt-J was originally called Daljit Dhaliwal after the popular British TV presenter. They later changed to Films but to avoid a case of mistaken identity with another American band called The Films, they finally decided to rename themselves ∆. The band’s name was ∆ until they went on air on radio. That’s when they realisedthat they needed a name that can be spoken and not just written. When ‘alt+J’ on a Mac is typed it displays a triangle or a delta. Now the delta symbol is more of a logo for the band.

The band has its own tics that make its stand apart from the rest – Thom Green’sdistinctive style of drumming stems out of the reason that his first drum-kit had a saucepan in place of a cymbal. Many may not know that Thom Sonny Green who suffers from Alport syndrome due to which he is about 80 percent deaf. Yes! You may have never figured that out from the way he performs. That’s not it, they have once even dressed up as Vikings for a gig they performed at a Russain telecommunications company.

All in all, this band that literally grew out of a small room is now 5 years into being one of the successful indie rock bands and it is completely well deserved!

Talking about the upcoming edition, Saugato Bhowmik, Business Head – LIVE Viacom18 and Consumer Productssaid, “Vh1 Supersonic has always aimed at getting the best artists to the country. A music festival is incomplete without some foot tapping music. It is a lot of effort and planning that goes into making the festival an experience that will last for a lifetime. We are aiming to get better with every year and that means we will also aim to get the best of artists to the festival. We are very happy to get alt-J on board for Vh1 Supersonic this year. I am sure that music lovers are going to have a time of their lives at the festival.”

Alt-J trio – Joe Newman, Gus Unger-Hamilton and Thom Green shared, “We are super excited to be going back to India in February 2018 to play Vh1 Supersonic in Pune. We are going to play some new songs as well as some old hits, it’s going to be a good mix. The food and the fans are the best thing about India and we can’t wait to experience that again.”

Hold on tight as there is lots more in store for you at Vh1 Supersonic 2018. Tickets for the upcoming edition will be out soon. 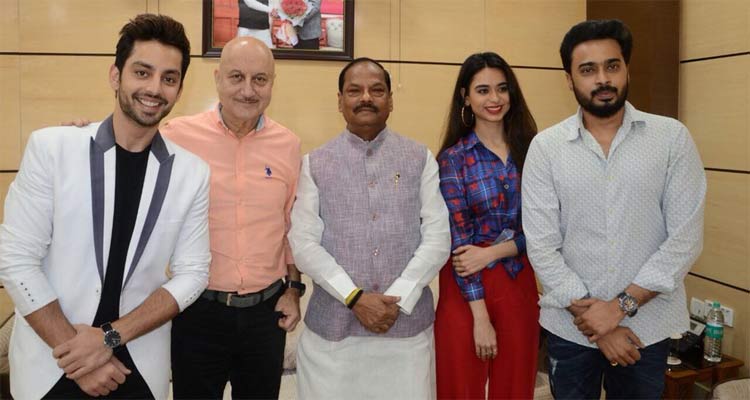