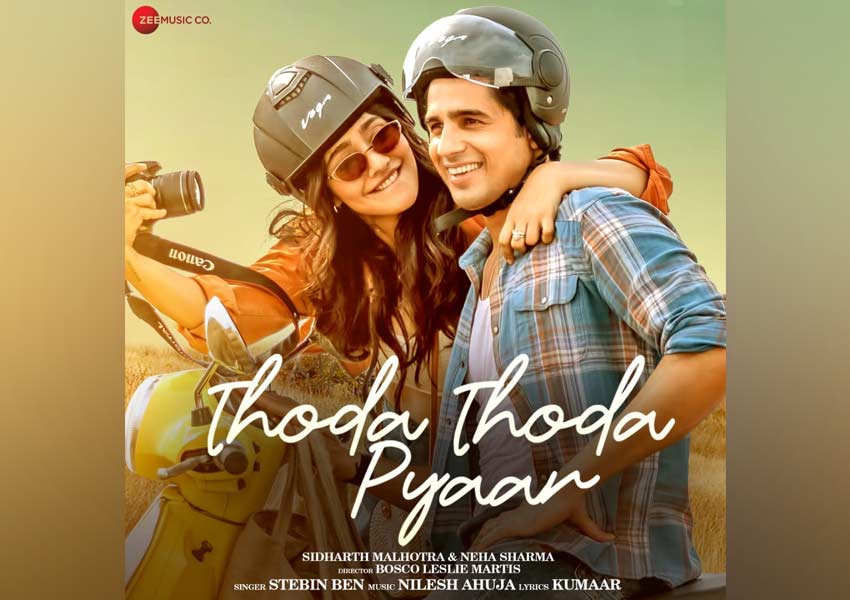 Released during Valentine’s Day this year, Zee Music Company’s heartfelt song ‘Thoda Thoda Pyaar’ has made its place in the audience’s heart. The song is an expressive musical love story between a café owner Jimmy (Sidharth Malhotra) and Natasha (Neha Sharma), an influencer and it has been shot in some of the most striking locations of Goa. It covers how their worlds collide, unfolding into a brewing romance of dream-like chemistry, straight out of a fairy tale.

Anurag Bedi, Chief Business Officer, Zee Music Company said, “We launched this song under our “Zee Music Originals” around Valentine’s Day in the hopes of striking the right chords with the audiences, and I am happy that we have achieved just what we were aiming for. With over 130+ million views across YouTube and 100 Million plus streams across all leading streaming platforms and about a million Reels on Instagram alone, Thoda Thoda Pyaar has made a permanent place in the hearts of the listeners. The song still has a long way to go and we are confident of its place in the top songs of 2021.”

Zee Entertainment Enterprises Limited’s business vertical and Indian music label Zee Music Company (ZMC) is one of India’s foremost music publishing labels, y-o-y ZMC invests and it acquires more than 50% of new Bollywood music. On such short notice, the leadership position is attributable to the choice of titles, brand strength and its ability to market the music. In digital music consumption on the back of a rapidly increasing music catalogue and audience reach, the label has garnered significant market share. As a result, with a base of over 72.5 Mn subscribers, ZMC is the 2nd Most Subscribed Indian Music Channel on YouTube.