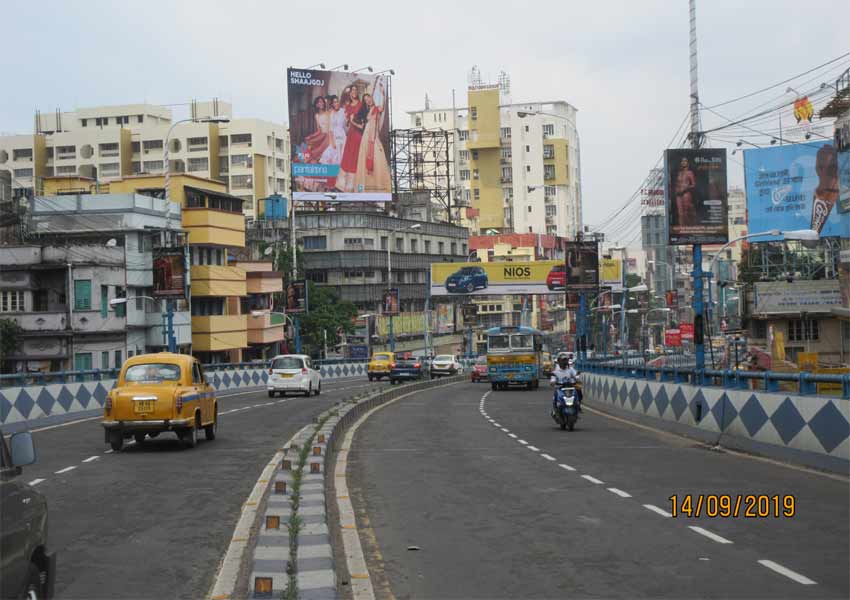 Kinetic Worldwide, a part of the WPP entity has successfully established itself as a leading global player in the Out-Of-Home (OOH) media industry.

On the festive occasion of Durga Pujo, Kinetic India supported Pantaloons to create a buzz around its vibrant festive collection in West Bengal and North East.Pantaloons, India’s leading fast fashion brand from Aditya Birla Fashion and Retail Ltd. has 67 fashion destinations spread across the East. The rich ethnic collection curated especially for Pujo was unveiled at all stores across West Bengal and the North Eastern states.

Aptly reaching out to the target audience by celebrating various moods of the festive season, the creative campaign effectively conveyed and highlighted the culture and celebrations of Pujo. This was part of a 360° Pujo campaign by Pantaloons that was managed end to end by WPP. Considering the enormous turnouts of customers that occurs during West Bengal’s most awaited and grandly celebrated festival, Kinetic selected impactful sites and placed big-sized billboards along the routes that led to Pantaloons stores via the market areas. Engaging the audience via the medium of digital media, digital TV screens were placed along the Metro stations in Kolkata.

Keeping in mind that a lot of native residents would return home to celebrate the festival with their families, digital media was also implemented at the Kolkata airport and complete AC metro wraps added to the impact and showcasing Pantaloons as the stylish fashion destination for shopping with friends and loved ones during festivities.

“The city of Kolkata comes alive during Durga Pujo, which makes it the perfect time for retail brands to showcase their brand’s ethnic collections. Reviving nostalgia around the city where Pantaloons first made its presence in the country was indeed a happy moment for us as well”, says Charanjeet Arora, Co-CEO, Kinetic India.