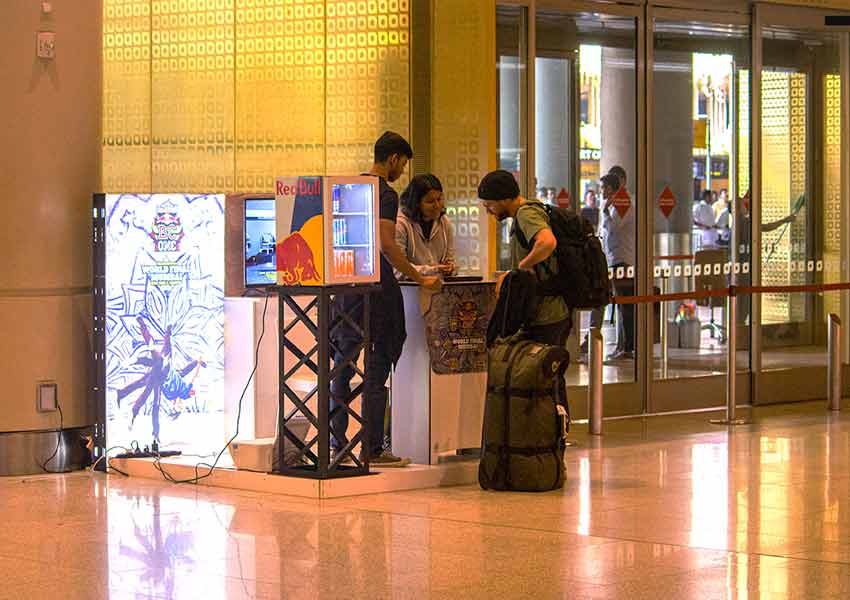 Times OOH has added a new modular and prefabricated promotion setup to the 700+ media options in its Mumbai Airport OOH portfolio. This new plug & play setup will offer advertisers a unique proposition to install an OOH setup minus hassles of production time or cost.

“When we were designing the Plug & Play modular promo concept, one of the inherent challenges we wanted to address was of production time and cost for clients who have limited time in hand to execute campaigns and do not want to invest in the setup cost. This concept not only offers clients an engagement opportunity, but it takes only a few hours to set up as it is prefabricated. It can also be customised to the brands creative guidelines as it offers a backlit and a digital unit for customised creatives as per campaign alongside other equipment essential to run the promotion. It is apt for lead generation and sampling activities as well where clients want to engage with the airport audience and can be setup at strategic locations in the captive environment” said Dhanraj Israni, Product Head- Airports at Times OOH.

The world finals of RedBull BC One, the world’s most iconic one-on-one breaking battle took place in the city of Mumbai on 9th November. This year’s Red Bull BC One campaign was hosted in partnership with Times OOH, and saw massive success as more than 300 participants were welcomed at the RedBull BC One kiosk at the T2 International Airport and escorted to their destinations. The brand opted for the latest Plug & Play concept and received all international participants of the competition at a strategic convergence point at the exit of the terminal to get them registered and align them for the next step.

Tags:
Previous Article
“Jumanji: The Next Level is really epic!” superstar Dwayne Johnson
Next Article
26/11 Stories of Strength – an annual memorial by The Indian Express

India by IndiGo is all set to celebrate Goa Carnival