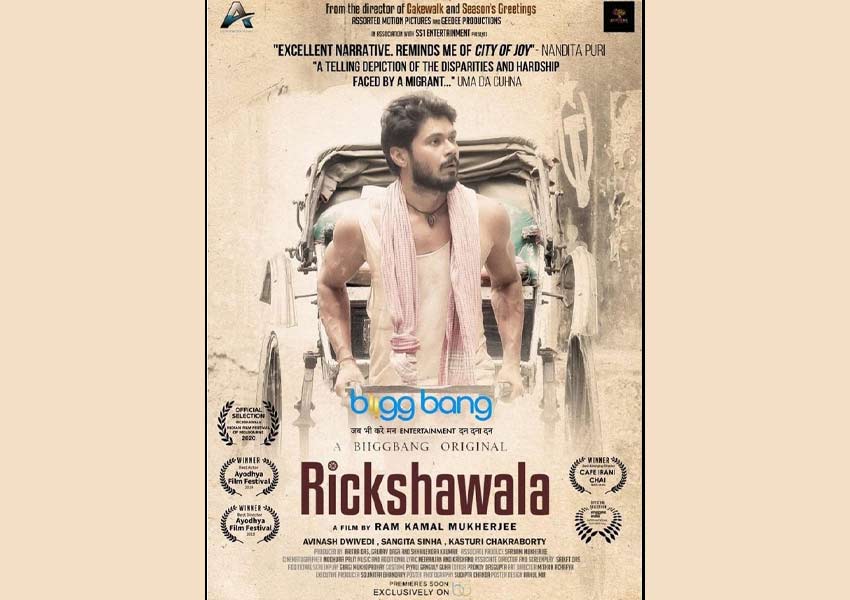 Biggbang Amusement has come to the rescue of its audience during this grim situation filled with hustle and challenges of the new normal. Biggbang Amusement is here with a few does of entertainment, cheer, and laughter with its unconventional content slate. With the most compelling stories being brought before the audience Biggbang Amusement specializes in bringing entertainment anytime and anywhere. The company has announced its first collaboration with Assorted Motion Pictures with the award-winning film, Rikshawala. The aim of Biggbang Amusement is to break the stereotype bandwagon by creating critically curated short video content in a single place.

The short-film entices its audience to think and throws light on an often overlooked sect; the Riksha-pullers. The film is laced with undertones of realism and portrays a simplistic sense of storytelling, similar yet distinct from Ram Kamal Mukherjee’s former projects. Set in the backdrop of the city of joy, Kolkata, Rikshawala features talented actors like Kasturi Chakraborty, and Avinash Dwivedi that add special elements of life to the story.

Sharing his thoughts on the brand’s first collaboration, Sudip Mukherjee, CEO and Founder, Biiggbang Amusement quoted, “While the world is in shackles of the pandemic, we are all looking for a breeze of hope and positivity. We at Biiggbang Amusement aim to help our audience with this by bringing them relatable and meaningful stories, anytime and anywhere. While the upper-crust of the audience consumes English content widely, we are looking at seeping through the crust to reach every viewer, countrywide with distinct languages and genres catering for every niche. We are proud to associate with a talented creator like Ram Kamal Mukherjee and Assorted Motion Pictures to inscribe the first short film on our content slate. We plan to populate our content library profusely with many more masterpieces and award-winning shows and films like Rikshawala.”

Sharing his thoughts on the premiere, Avinash Dwivedi shared, “Rikshawala is definitely a milestone for me and all the accolades including the award for the Best Actor at the 13th Ayodhya International Film Festival, and the awards at Cardiff and Melbourne have truly given me a boost as an actor. I was really excited about working on this project right after I heard the narration from Dada (Ram Kamal Mukherjee). Before meeting him I was a little nervous about his seniority but after meeting him, he made me feel very comfortable and we became friends in an instant. Every aspect from the film is relevant and touching. I could really connect to my character in the film. He is someone who would do anything for his family and really loves his profession to the core. The film will make you think and will touch you in ways that you won’t forget. While I was comfortable with the Bhojpuri dialogues, Bengali isn’t a language that I’m very familiar but I did want to give it a shot, so I ended up dubbing both; Bhojpuri and Bengali dialogues in the film.”

Excited about the premiere, Kasturi Chakraborty said, “Being a part of Ram Da’s film Rickshawala was both enriching and inspiring. It takes a hard look at the lives of the people who struggle in their own way to get what they want. In the case of my character, she goes through the sweet torture of heartbreak which is something I have deeply felt personally. Ram Da had a vision for each of us and he encouraged us to take that journey into the lives of our characters to attain spotless authenticity. I think it is the unfiltered portrayal of the reality of the people in the film and his vision that made it worthy of all appreciation globally. It’s great that the film now will be available on Biiggbang Amusement for all the cinema lovers globally.

Commenting on this collaboration, Ram Kamal Mukherjee, Director & Writer, Rikshawala, shared, “Rikshawala is a unique love story with a special twist. It is a project that is really close to my heart, and what makes it relevant is the humaneness and realism of the characters. I am also overwhelmed with such a positive global response and all of these awards and accolades are truly encouraging and I strive to tell many more of stories embedded with realism and relatability. It was an amazing experience to work with talented actors like Avinash Dwivedi and Kasturi Chakraborty who gave their sweat and blood to make their characters alive. I spotted Avinash at a birthday party in Juhu while Kasturi is a known television face, and I instantly knew that they’re perfect for the roles I had in mind. I am also really excited about my very first collaboration with Biiggbang Amusement and take pride to be a part of their content library of carefully curated content.”

Tags:
Previous Article
Herbal Strategi launches its new logo in line with its nature centric approach
Next Article
Abhishek Chaturvedi appointed as SVP and Head of planning at Digitas 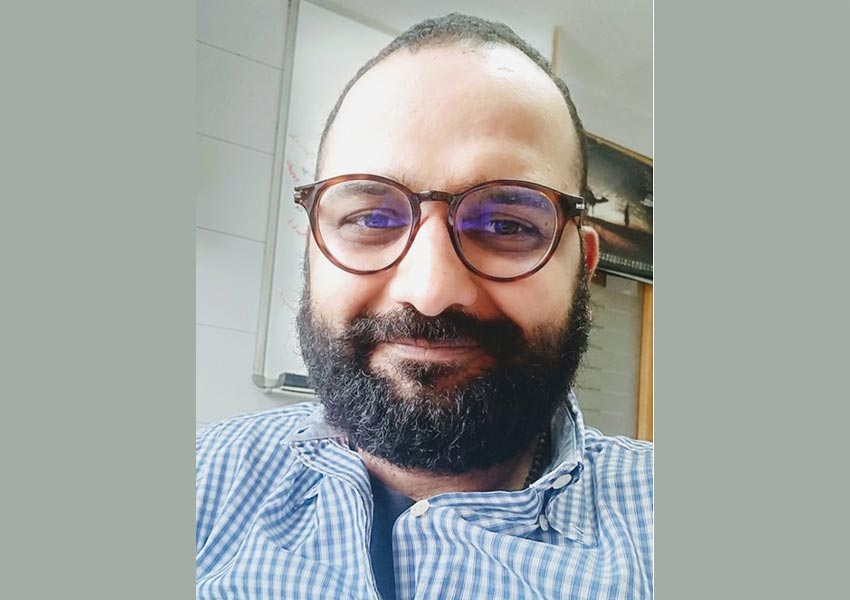