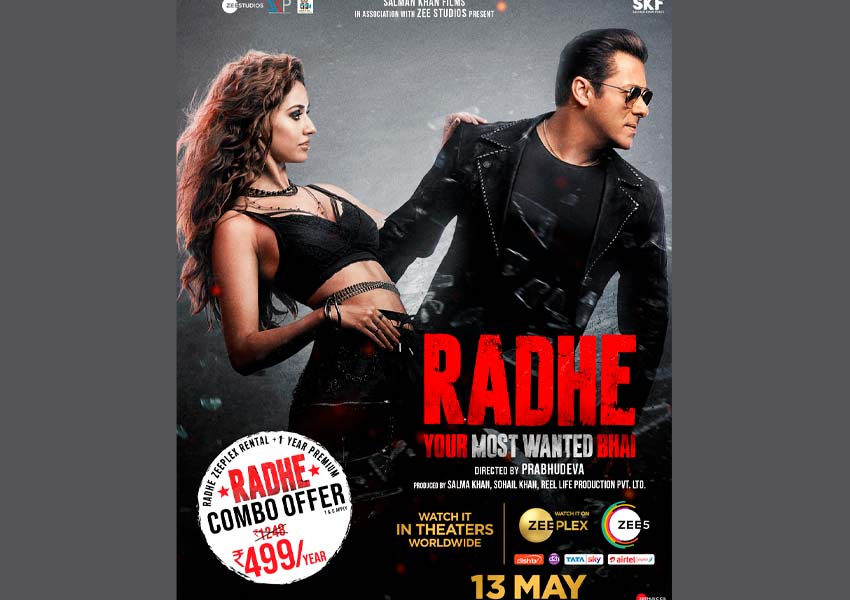 India’s leading OTT platform, ZEE5 and multilingual storyteller for entertainment seekers, ZEEPlex has announced a ‘Radhe Combo Offer’ to make Salman Khan’s upcoming Eid release. Radhe. The once a while one-year offer comes at an attractive price point of INR 499. The much-awaited film of this year can be availed through the offer, the trailer of this movie has already garnered traction by the fans, with over 65 million views and the song Seeti Maar, breaking the charts with 49 million views and counting. The EID couldn’t have been better than the fans celebrating the festival with Salman Khan, at the comfort of their home.

The ‘Radhe Combo Offer’ will allow consumers to watch the Salman Khan starrer, Radhe: Your Most Wanted Bhai on ZEE5 with ZEEPlex, along with access to ZEE5 originals, movies, TV Shows, Live TV, ALTBalaji shows, Ad-free Catch-up TV, Zindagi TV shows, kids content, and much more for one year.

Further cementing ZEE5’s position as a multi-lingual storyteller for a Billion Indians, this power-packed package will also give consumers access to the new 50+ theatricals across diverse languages and 40+ Originals slated for the year.

Commenting on this, Manish Kalra, Chief Business Officer, ZEE5 India, said, “Salman Khan’s films are thorough family entertainers which appeal to audiences across demographics. Radhe: Your Most Wanted Bhai is one of the biggest releases of the year and we are proud to launch this on ZEE5 in a multi-format model.  A Salman Khan film with its mass appeal becomes the perfect choice to launch our specially designed annual value proposition of ₹499/-, to unify India and Bharat through our shared love for films. We will bring 50+ more theatrical releases, and 40+ original shows throughout the year on ZEE5, and hence this is the most attractive value proposition for a user to buy the Radhe Combo offer and get ready for the biggest entertainment extravaganza of 2021 in OTT spaces. Together, this will allow us to cast a wider net into the country by tapping into newer audience segments and continue our core proposition of being the Multilingual Storyteller for a Billion Indians by democratizing access to purposeful entertaining content.”

With deeper regionalization being ZEE5’s key focus, the Salman Khan mega-starrer becomes the first-ever multi-platform release of its kind. Radhe: Your Most Wanted Bhai will be available on ZEE5 with ZEEPlex, theatres worldwide keeping the COVID protocols in mind, and across all leading DTH operators i.e., Dish, D2H, Tata Sky, and Airtel Digital TV.

MX Original Series Hello Mini is back with its third season 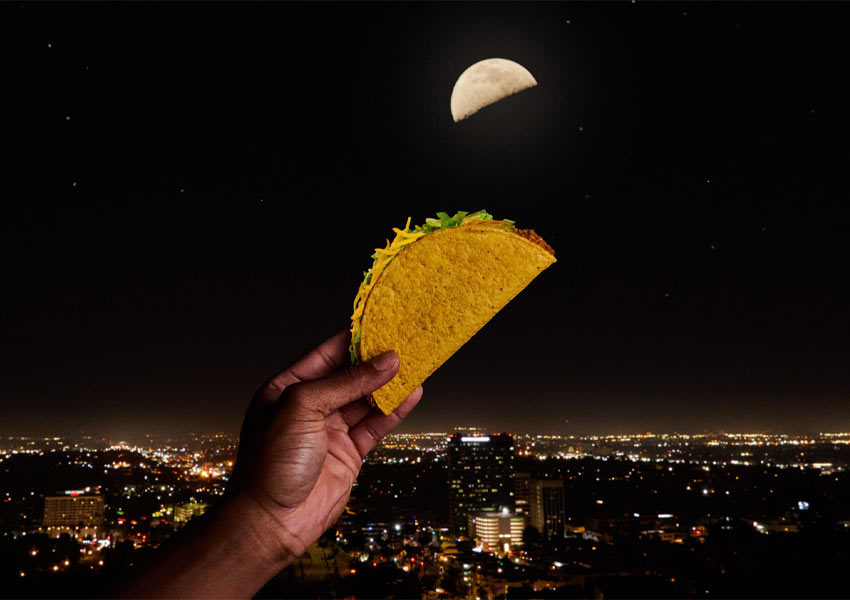